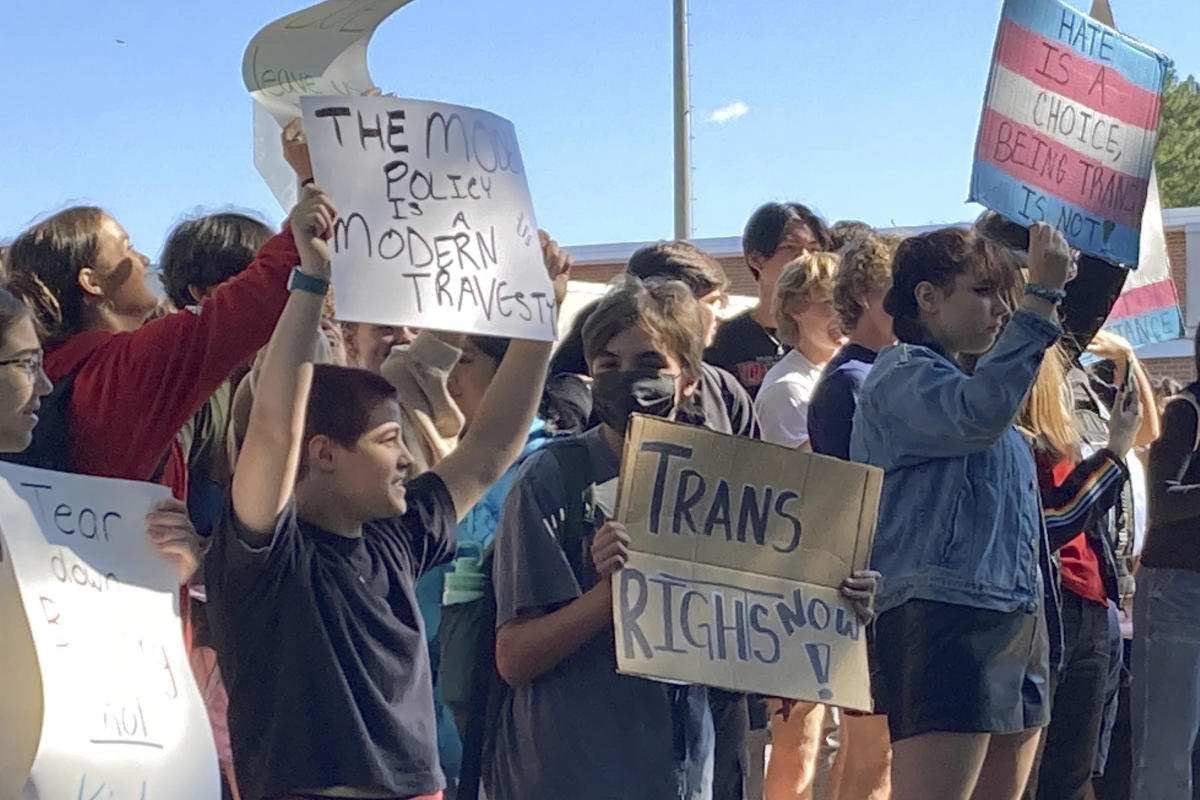 Christiansburg, Virginia — The mass shooting at a club in Colorado Springs, Colorado, reignited concerns in the LGBTQ community about safety and discrimination. More than half of US states have little or no protections for transgender people, and as early as next week Virginia could roll back its limited public school rights.

The administration of Republican Governor Glenn Youngkin has proposed a new policy which offers protections against discrimination and bullying, but would require parental permission to change a name or pronoun at school. It would also require students to use bathrooms that match their birth-assigned sex, except as required by federal law.

Dozens of speakers also spoke at an hour-long meeting of the Virginia Board of Education on October 20.

Sarah Via, among the parents present, says the new policy strengthens parental rights.

“You can’t have good quality education or mental health by excluding the parent from the process,” she said.

Opponents of Youngkin’s proposal argue that schools have become safe spaces for transgender students and that the new policy would put that at risk.

“Now our teachers, principals, counselors are getting the training and information they need to welcome kids like Bettie,” said Courtney Thomas, whose 11-year-old Bettie Thomas identifies as no binary and uses the pronunciation “zie” and “zir”.

Bettie said the children’s book “I am Jazz,” which tells the story of a transgender child, sparked conversation about gender when Bettie was 7.

Bettie described it as a “breakthrough” after years of “utter anger” and “confusion”.

“As soon as Bettie had words to describe how she felt, she was able to start moving towards a more authentic life,” Courtney said.

Courtney said the accommodating school policies allowed Bettie to thrive in the classroom, as well as at home.

“This decision I made has changed my life so much,” Bettie said.

The Thomas family is especially worried about the students who do not have the support of their parents.

The new policy will not go into effect until approved and finalized by the state superintendent, according to a spokesperson for the Virginia Department of Education.

While Virginia’s state code requires school districts to enforce Commonwealth school policies, there is no enforcement mechanism, which means some schools may choose not to comply.

T-Mobile will have a mandatory $35 activation fee starting Nov. 3