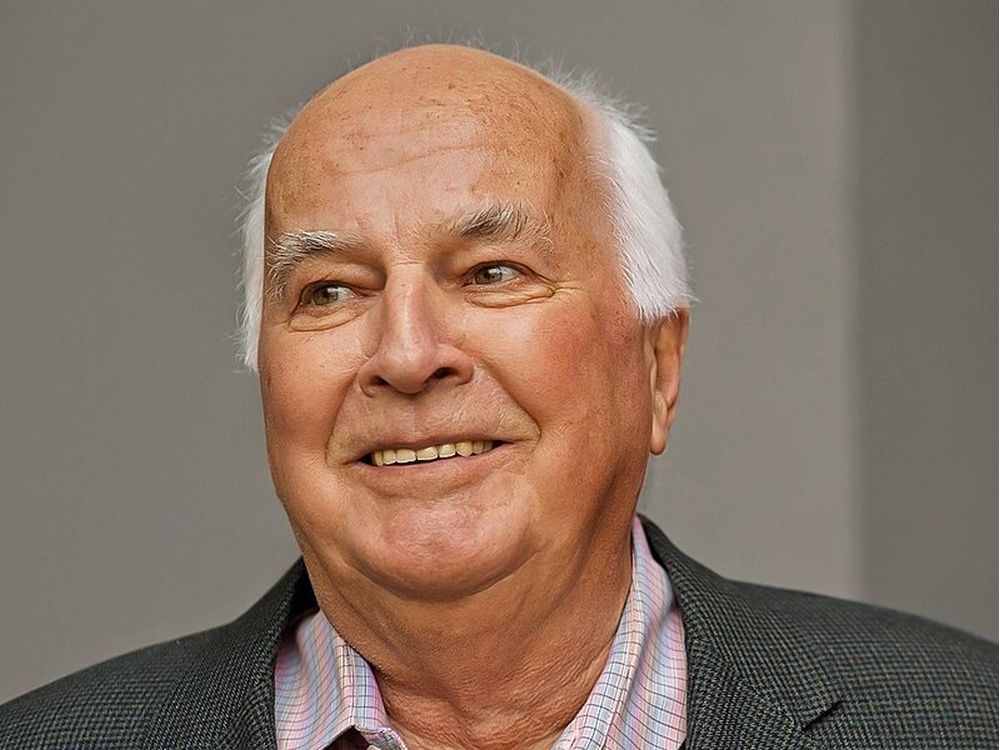 VICTORIA — As New Democrats in British Columbia enter a new chapter in their history, come the memoirs of a politician, planner and survivor of much of that history.

Bob Williams, 89, was born around the same time as the CCF, the left-wing party that became the modern-day NDP.

He was the most powerful cabinet minister in British Columbia’s first NDP government in the 1970s.

Along the way, Williams left fingerprints on the farmland reserve, Robson Square, Whistler, Surrey Central, BC Housing, the Sea Bus and… well, you could write a book and he finally did.

The title slightly echoes the classic WAC Bennett and the Rise of British Columbia by David Mitchell.

Bennett had two decades in government as prime minister, Williams just under four years as a minister.

But both envisioned an activist role for the government, albeit on different sides of the left/right political divide.

Williams was one of the most polarizing figures in British Columbia politics from the 1960s to the 1990s.

Just ask his editorial assistants on the memoir, Ben Isitt, a Victorian councilman, and Thomas Bevan, a college-educated town planner like Williams himself.

“His inclination to be a maverick, as he describes it, who really tells it like it is, without bullshit, probably made him more enemies than friends,” they acknowledge in their introduction.

Just ask the man himself, “They said I didn’t like fools, and I didn’t.”

His vision of public policy was based on the writings of Henry George, the radical American economist who influenced the progressive movement in the late 19th and early 20th centuries.

George argued that the economic value of land and resources must be treated as the common property of society and subject to a single tax to achieve a more productive and just society.

Williams’ devotion to “a George tax” caused him to be branded as a communist in some quarters.

He presents himself as a “socialist who believes in free enterprise”.

The book delights in recounting how he instructed post-Communist-era Russian mayors on how to set up a register of private land ownership on the British Columbia model of assessment.

Entire sections of the book are devoted to discussions of the development of British Columbia’s lands and resources, not just in the past, but in the future.

Classic Williams. When a few years ago I invited him to appear on the interview show I was hosting on the cable channel, he agreed not to just look back.

He then bombarded me with notes and research papers on how forestry in British Columbia could be reformed through community control, cooperatives and value-added development.

There are political scores that are settled in the book, especially with Dave Barrett.

The two were close during Barrett’s tenure as prime minister from 1972 to 1975.

When Barrett lost his seat in the 1975 election, Williams resigned his, allowing Barrett to return home in a by-election.

In return, Williams says Barrett promised him that in the next election he would ensure veteran MP Alex Macdonald retired in favor of the younger Williams.

However, when the 1979 election rolled around, Barrett sided with Macdonald and Williams lost the contest for the nomination.

“Dave never honored our clear agreement,” says Williams, who did not return to the legislature until Barrett himself retired in 1984.

The book is also deeply personal.

Williams was separated for years from his biological father. He recounts his working-class upbringing in moving detail.

He also explains how “in my youth, before my marriage and my political career”, he did not recognize that he was gay: “It was not relevant at the time or it did not seem to be.

He then recounts how being gay was used against him in a way that ended his chosen career.

One day in the spring of 1991, Williams was buying coffee from the kiosk outside the legislature when he was approached by a Social Credit government appointee at the time.

“He asked me a two-way question,” Williams says. The guy then repeated the question with a laugh.

Williams was unsure how they would use this knowledge against him, “but I had seen what had happened to the others”.

He resigned his seat, drawing praise on the floor of the Legislature from veteran Socred Grace McCarthy.

“I think the creativity of Bob Williams during his time in government has done our province a great service in many ways,” McCarthy said.

“I also want to say that as a member of the opposition, he has kept the government side on his toes. I wish him much success in the years to come. »

Williams went on to successive careers as overseer of Crown corporations under the NDP and then at Vancity, all told in the book in his provocative style.

There’s an argument on just about every page: snowflakes, beware.

But I found it refreshing to come up against the perspective of a politician who was inspired by something other than the last person he spoke to or the last opinion poll.

More news, less ads: Our in-depth journalism is possible thanks to the support of our subscribers. For just $3.50 a week, you can get unlimited, lightweight access to the Vancouver Sun, The Province, National Post and 13 other Canadian news sites. Support us by subscribing today: The Vancouver Sun | Province.

Sign up to receive daily news from the Vancouver Sun, a division of Postmedia Network Inc.

Thank you for your registration!

A welcome email is on the way. If you don’t see it, please check your spam folder.

The next issue of Vancouver Sun Headline News will soon be in your inbox.

We encountered a problem during your registration. Try Again

SimWorks Studios updates us on its Dash 7 development