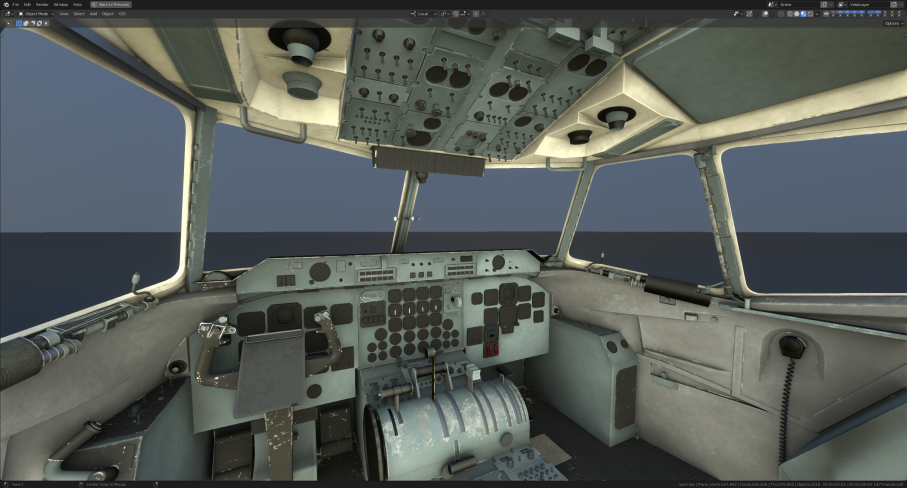 SimWorks Studios updates us on its Dash 7 development

SimWorks Studios announced its partnership with PILOT’S to bring the Dash 7 to life in Microsoft Flight Simulator in February. Since then, development news has been almost non-existent, but we now have a little more information to give you about the project.

Progress seems to be going from on both sides. Exterior modeling is now “complete and fully animated” with liveries added. Moving inside, the team said the modeling was done, with texturing and animations the next major task to complete. They said it was going to take some time due to the complexity, but they are making progress. Some new cockpit previews have been shared, but remember this is actually a preview.

SimWorks Studios also commented on dynamics and flight systems. The aircraft behaves well and the system coding is complete. Final checks will take place once the cockpit is 100% complete and in the simulator. In terms of system depth, PILOT’S and SimWorks Studios say they aim to have a “level of system complexity that will not be overwhelming, but accurate and feature-rich.” The aircraft’s systems will allow pilots to perform all necessary tasks on the roads, but don’t expect circuit breaker functionality.

Neither side is committing to a release date at this time, but it’s great to see good progress being made on this highly anticipated aircraft. As usual, we’ll keep you up to date with the latest news.

Study of abortion rights in India and the United States