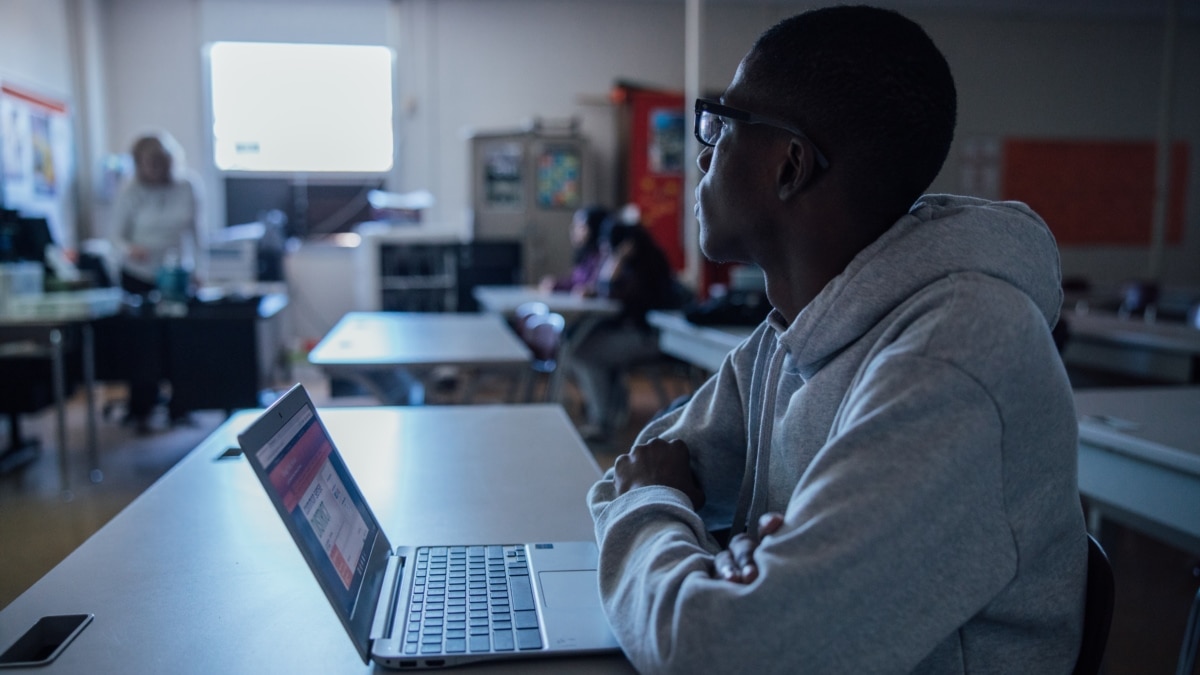 Some US states are making money available for high school graduates so they can learn skills to help them get tech jobs without college diploma.

An example is the northeastern state of Connecticut. It has invested $70 million to get young people and adults through short-term training programs that can lead to well-paying tech jobs.

Some states see these programs as a good solution, as the costs of college education continue to rise and companies struggle to find skilled tech workers.

The programs are known as “non-degree vocational training”. They helped people like Mohameth Seck, who left university after two years. Seck said he wanted to work in technology, but the courses offered to him in a traditional college program “didn’t really interest him.” He also said that traditional college takes too long to complete.

So Seck decided to attend a year-long computer training program run by a nonprofit organization. Today, the 25-year-old teaches computer coding at a vocational training center, or academy, in Stamford, Connecticut. Seck said friends who have completed the program also have good jobs.

The academy where Seck teaches is run by a company called Synchrony. Instructors teach courses in web design, management, and other important subjects to current high school students and recent high school graduates.

Nicole Samaniego is one of the students. She Told online publication The Hechinger Report that at first she wanted to study some form of engineering. But after taking courses at the academy, she had other ideas. “After doing this program for almost five months now, I saw that I wanted to make a career change,” she said.

When she begins her studies at the University of Connecticut later this month, she will focus her studies on computer science. For students who do not plan to go to university, the academy offers job search assistance.

Niall Dammando is a Connecticut Workforce Bureau Leader strategy. He said academies like the one run by Synchrony can help a state’s finances. This is because skilled tech workers are likely to earn more money and pay more state taxes. Dammando said it’s a real motivation for the state to place workers in better paying jobs.

Bridgette Gray works for a non-profit organization called [email protected] He seeks to induce employers to hire people who do not have a university degree. Gray said her own son left college after one school term and took classes with a group called Per Scholas that offers technology training online and across the United States. She said her son now earns more than $90,000 a year at the age of 27.

Research by Georgetown University’s Center for Education and Workforce has shown that people who earn a college degree earn about 84% more over their lifetime. But not everyone can enter, pay for, or succeed in college.

David Soo runs an organization called Jobs for the Future. He said the college model that’s been in place for 40 years isn’t working for everyone. And this is especially true for students who are black, Hispanic, or whose families don’t earn a lot of money. “We need to find a better way to serve these students,” Soo said.

Brad Hershbein of the Upjohn Institute for Employment Research agrees. In the past, he said, employers took on inexperienced workers and then trained them for better jobs as they got older. But at some point, this model became expensive, and companies decided to depend on colleges to provide this type of training.

But now many companies are in dire need of skilled workers. To fill this need, some companies are creating their own academies or hiring students from places like Synchrony. Big tech companies like IBM and Google have launched their own programs because they can train workers faster than universities.

Recently, however, some companies have reduced the number of their employees due to fears of an economic slowdown. Tech companies announcing job cuts include Robinhood, Oracle, Shopify, SoundCloud, Netflix and Coinbase.

Such job cuts lead to more people looking for work. As a result, industry experts say that when a company considers hiring two people with the same skills, the one with a college degree is more likely to get the job.

Anthony Carnevale is the head of the Georgetown Education and Workforce Center. He said that although vocational training is good, it is not 100% correct to tell people that they cannot benefit to of a college degree.

One of the reasons companies may hire college graduates is because they think they might have better communication and teamwork skills.

To compensate for this, a professional training nonprofit called YearUp is also looking to provide this type of instruction. Gerald Chertavian, who runs the organization, said YearUp includes training on how people can succeed in office environments, rather than just teaching how to write code or design websites.

In the end, even the experts who say it’s good to get a college degree recognize that there can be reasons not to go to college. “The best outcome is that people have a choice,” Carnevale of Georgetown said. “And that we to assure that all choices lead to good work.

I am Brian Lynn.

Dan Friedell adapted this story for VOA Learning English based on a story from the Hechinger Reportan independent, non-profit news organization focused on inequality and innovation in education.

Start the Quiz to find out

words in this story

diploma -not. a document that shows that a person has completed a school term

strategy -not. a detailed plan to complete something or achieve a goal over a period of time

motivation -not. something that makes a person want to take on a task or project

benefit to -not. a good result or effect

to assure -v. to make sure something happens

What do you think of students who choose not to go to university? We want to hear from you.

We have a new comment system. Here’s how it works:

Below the box, you can see four images for social media accounts. They are for Disqus, Facebook, Twitter and Google.

Click on an image and a box appears. Enter your social media account ID. Or you can create one on the Disqus system. It’s the blue circle with “D” on it. It’s free.

Every time you come back to comment on the Learning English site, you can use your account and see your comments and replies. Our feedback policy is here.