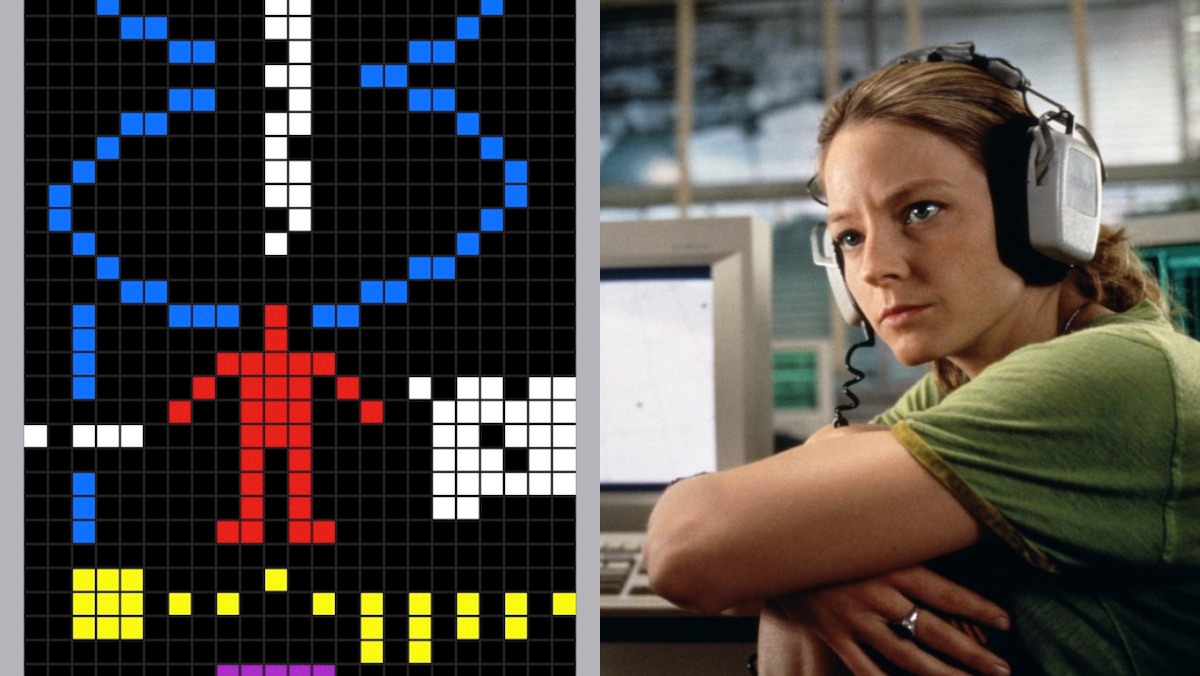 In 1974, NASA sent an unusual message deep into space. Scientists have transmitted an image message to the globular star cluster Messier 13, located near the edge of the Milky Way. Its target: possible intelligent extraterrestrial life. Its content: information about humanity and our planet Earth. However, none of us will ever know whether an alien civilization will get it or not. This very first interstellar radio message, sent with the Arecibo telescope, will take 25,000 light years to arrive. Even worse, however, is what could happen if an alien got it. There is no guarantee that they will understand it. The message was not exactly projected in high definition. Obviously, it would be a big mess if the whole enterprise ended in a confused alien shrug. That’s why scientists want to try sending it again, with a much more specific message with even more information.

And this version of Arecibo’s colorful message has instructions on how to call back.

The binary-coded message sent by scientists on November 16, 1974 is not what you would expect from an intergalactic transmission. It looks less like something the world’s greatest minds created and more like a poster for a Aqua Teen Hunger Force Movie Mooninites. But there is a lot of information conveyed by these colored elements. It is written in a scientific language intended to transcend terrestrial communication.

From the SETI Institute:

The message consists of 1679 bits, arranged in 73 lines of 23 characters per line (these are both prime numbers and can help extraterrestrials decode the message). Ones and zeros were transmitted by frequency shifting at 10 bits per second. The total broadcast lasted less than three minutes.

It consists, among other things, of the Arecibo telescope, our solar system, DNA, a stick figure of a human being and some of the biochemical elements of life on Earth. While this short survey is unlikely to ever elicit a response, the experience was helpful in getting us thinking a bit about the difficulties of communicating across space, time, and a presumably wide cultural divide.

Now a team from NASA’s Jet Propulsion Laboratory wants to send an updated message. One that is clearer and hopefully easier to decipher. JPL researchers outlined their plans in a published paper to arXiv (which we learned for the first time to DesignTAXI). The new Arecibo message would still use binary code. But this version would contain more information about who we are and where we come from. This update would even include a map to find us.

Don’t worry about an alien invasion, though. The goal is to send their message to the extraterrestrials in 2024. And by the time they receive it, tens of thousands of light-years away, humanity may not even be on Earth.

Good thing we know how to leave a note behind telling us where we went.