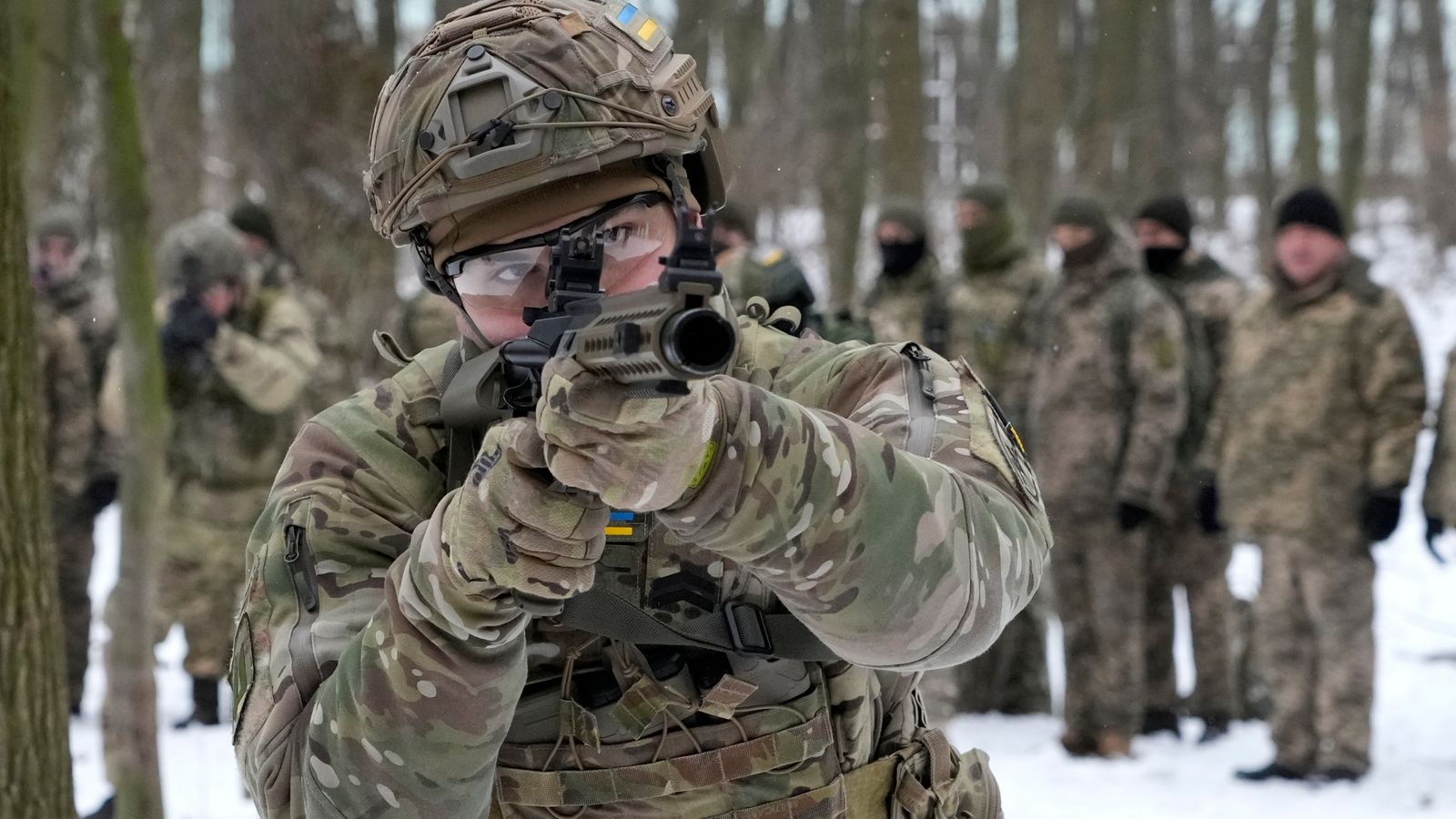 When Russia began its invasion of Ukraine, Vladimir Putin gave a bizarre speech in which he said he wanted to “denazify” the neighboring country. This brutal war is meant to be the equivalent of the heroic Soviet defense against Nazi Germany.

Putin’s opponents, on the other hand, say that this “special military operation” essentially resembles Hitler’s invasions of Czechoslovakia in 1938 or Poland in 1939. This side also claims to be waging a war of democracy against fascism.

Putin’s claims are not entirely false. Ukraine is actually run by a corrupt right-wing government that represents the billionaires who control the country (also called “oligarchs”). The current regime was created by the Maidan protests of 2013-2014, which received widespread support from the US Embassy.

In recent years, the Ukrainian government has restricted the use of the Russian language, which is the mother tongue of a large minority of Ukrainians. The Communist Party of Ukraine and other leftist organizations have been banned – even “sympathy for communism” is criminalized.

This right-wing regime has many links to outright fascism. The most infamous example is the Azov Battalion, which fights under swastikas and SS runes. This openly Nazi unit is part of the Ukrainian National Guard. Nazis were also at the forefront of the Maidan protests, and uniformed fascists are not uncommon on the streets of Kiev.

Worse still, Nazi collaborator Stepan Bandera turned into a national hero. Bandera’s gangs slaughtered tens of thousands of Jews and Poles, and his birthday is now a public holiday in Ukraine.

Undoubtedly, an extremely nationalistic and authoritarian regime is in power in Kyiv. Yet it robs the term of any meaning to call it a “Nazi regime.” Far-right groups are part of the regime, but a relatively weak part. It would be very difficult for a fascist government in Ukraine to have a president like Zelensky, who is Jewish and whose mother tongue is Russian. (Not that Jews can’t be fascists, as many Israeli politicians remind us – but Ukrainian fascism is hard to disentangle from bigoted anti-Semitism.)

In his speech, Putin sounded like a pot giving a lecture on kettles. Like Ukraine, Russia is run by a corrupt right-wing government that rules in the interests of a handful of oligarchs. All “democracy” is closely managed by the Kremlin. Opposition parties are only allowed if they support government policies, while the real opposition faces fierce repression.

The chaotic collapse of the Soviet Union and the reintroduction of capitalism has created one of the most unequal societies in the world, where a few billionaires monopolize the wealth created by the export of fossil fuels.

The ideology of Putin’s openly corrupt regime is Great Russian chauvinism, which the dictator appears to have embraced straight from Tsarist times. This is combined with a defense of “traditional values”, a code word for sexism, homophobia and religious obscurantism.

On this basis, Putin enjoys broad support from the Russian far right. For obvious historical reasons, Russian fascists tend not to wave swastika flags; they could present Stalin instead of Hitler as the great leader of the fatherland. But they are fascists nonetheless, thanks to their policies – driven by nationalism, racism, anti-Semitism – and their drive to destroy any form of self-organization of workers and the oppressed.

This is why the Putin government gets along so well with the European far right. Politicians like Marine Le Pen in France, the Alternative für Deutschland (AfD) in Germany and Trump in the United States see Putin’s regime, with its reactionary ideology, as a model. So we get the bizarre sight as with the Russia Today television network claiming that the Russian military is fighting fascism in Ukraine – while simultaneously promoting far-right and fascist elements in other European countries.

This explains the contradictory imagery of the so-called people’s republics in eastern Ukraine. These small states, controlled by the Russian secret service, use old Soviet symbols (including their names). But their flags have the double-headed eagle of the tsarist empire. More important, of course, is their brutal repression of labor movements. Antifascists, they are not.

So, are the Western powers in NATO opposing a new Hitler and defending democracy? Like Russia and Ukraine, NATO countries have a long history of collaborating with right-wing, authoritarian and fascist forces. Just look at NATO member Turkey, whose government oppresses national minorities, denies democratic rights and occupies part of Syria with the help of jihadist forces.

NATO armies are themselves filled with white supremacists and Nazis. In Germany, for example, not a week goes by without new reports of German soldiers and police with Nazi sympathies. NATO has fought far more violent wars than Putin’s in Ukraine, including the attack on Serbia in 1999 and the invasion of Afghanistan in 2001.

Neither side in this war is fighting fascism. The “anti-fascism” of Putin and Zelensky is demagogic. Leftists who cite anti-fascism to lend political support to one side or the other are seriously mistaken.

Fascism is a specific form of capitalist rule in which petty-bourgeois masses are organized to crush the labor movement. Fascists are capitalism’s last line of defense when the system is in crisis. This is why every capitalist state integrates the Nazis in one way or another (although often at arm’s length). They are kept in reserve, in case they are needed in times of crisis to contain the labor movement.

True anti-fascism means fighting these capitalist states. As Max Horkheimer said, “If you don’t want to talk about capitalism, then you better shut up about fascism.

The only systematically anti-fascist policy is for the working class to constitute itself as an independent political force, opposing the oligarchic government of Ukraine, the Bonapartism of Putin and the imperialism of NATO.