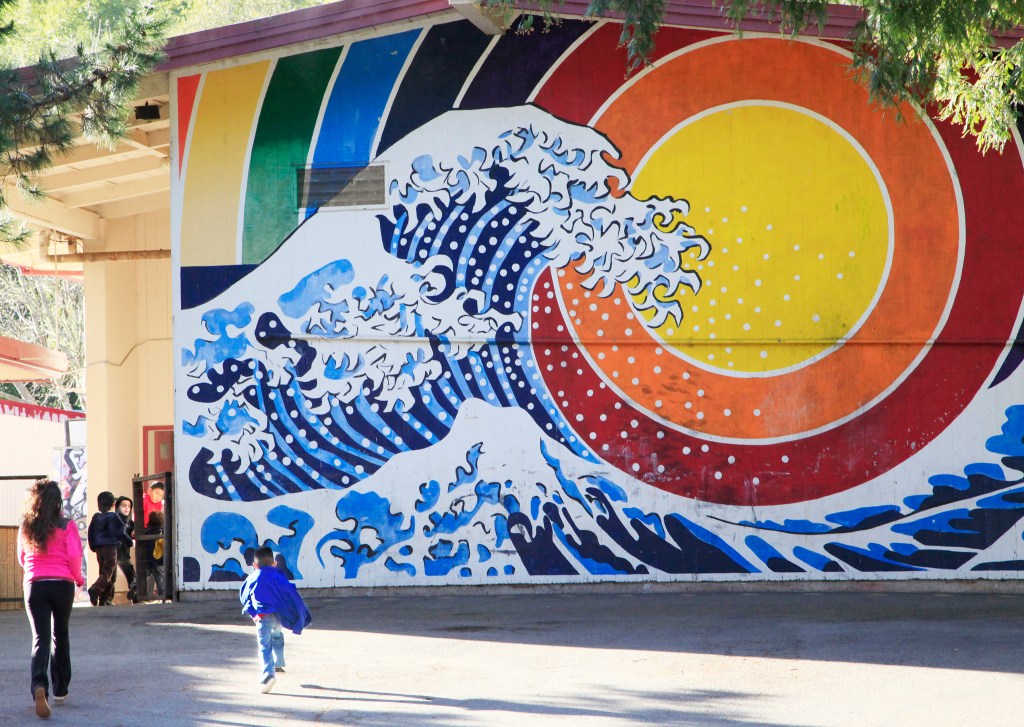 Ross Valley School District officials will open discussions with Marin government agencies, nonprofits and anyone who may have a plan to find a solution for the beleaguered Fairfax San Anselmo Children’s Center.

“We allow staff to talk about solutions and options,” Shelley Hamilton, chair of the board, said at a special board meeting on Thursday. “It’s different from the past, when they were just talking about timelines and due diligence.”

Thursday’s meeting followed a tumultuous rally on June 14, when about 200 adults and children gathered at the district office to protest a recommendation by district attorney Terry Tao that the center be given notice departure 30-60 days due to liability issues.

Hamilton and Marci Trahan, district superintendent, said they would allow an additional month for all community parties and stakeholders to meet and discuss before the July 19 board meeting. At that time, the admins would likely signal their support for one of the options and set a timeline for when the changes should take place.

“We’re meeting with the children’s center on July 6,” Trahan told about 75 people at the meeting, which had been moved to Wade Thomas Elementary School to accommodate a larger audience.

“Progress must be made to ensure that known facility security risks are addressed within a ‘reasonable’ timeframe,” reads a document distributed by the district at Thursday’s meeting and attached to the agenda. Of the reunion. “At the end of that time frame, one of three things must be in place.”

The three items listed were: funding and approvals obtained to bring the building up to current safety standards; a sale or transfer that would allow the center to remain on the Fairfax site; or moving the center to another location, either permanently or temporarily, while progress is made on one of the first two options.

Heidi Tomsky, the children’s center’s executive director, and co-director Erik Schweninger declined to comment on the outreach program, saying they weren’t sure what to make of it.

Hamilton said the district had no investigation into any of the options, including selling the property.

“We haven’t heard from any of this yet,” she said. “We just put it over there.”

Although no action was taken on the lawyer’s recommendations, some trustees expressed concern at the May 31 board meeting that the building did not have a fire safety code in place. building code updates and improvements and would not be safe for children in the event of a fire. or other emergency.

Trahan said additional water pressure and flow tests will be conducted next week at fire hydrants near the old Deer Park School daycare building in Fairfax.

The center, one of the only subsidized child care centers in Marin for nearly 50 years, is owned by the district but has not been used for a school in all that time. Instead, the district leased the facility to the children’s center. The lease is currently monthly.

The current crisis was sparked in March, when Tomsky asked the district for a four-year lease extension so the center could apply for a $500,000 state grant to make a series of improvements. Tao, citing the requirements of the state grant, as well as a series of state laws and code updates that would be required, advised against extending the lease.

He said in a letter, which was attached to the agenda for Thursday’s special meeting, that directors would be at risk of personal liability unless all improvements were made – or at least planned and funded. – before granting a lease extension. He estimated it would cost up to $8.5 million to bring the building up to current code standards.

“We have a choice,” said Lisa Canin, a longtime education activist at Ross Valley.

“We can take the advice of the outside consultant you hired, which largely focuses on reducing your hypothetical liability to zero,” she said. “…Or, you can engage in community-wide collaboration with key local partners to reduce actual liability to the center and to Deer Park visitors and neighbors.”

Fairfax’s Eva Polony said she could never have survived raising two children as a single mother without the Fairfax San Anselmo Children’s Center. Her children, now aged 12 and 17, attended the center after school until 6 p.m. until they were in fifth grade.

“My children were picked up in a white van while I was working for very little money,” she said. “It’s amazing. I couldn’t have done it without the children’s centre.

Marin’s teacher, Torri Chappell, said the center offered the only affordable daycare in the Ross Valley.

“In this whole community, it’s the only place people of color and low-income people get help,” she said.