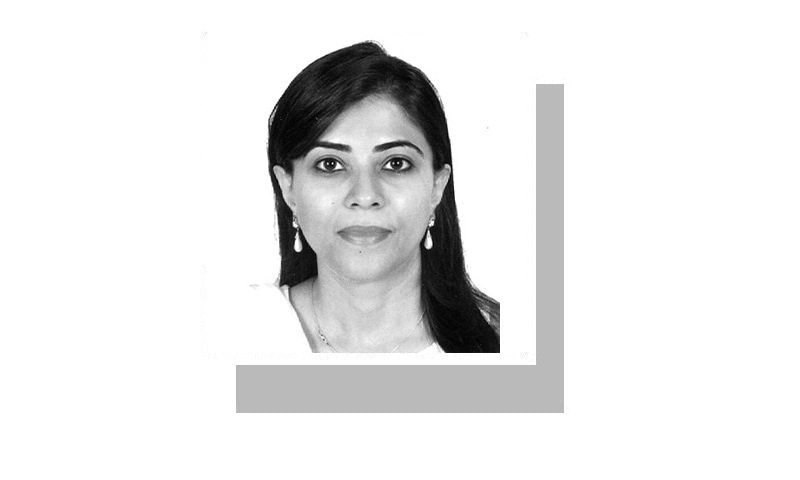 DURING a recent conversation, a fellow journalist and friend regretted not having been trained in air conditioning repair. And before I could even ask why, he explained to me that repairing heating and air conditioning is a lucrative field (on remote coasts of Pakistan). It was a skill that could have secured him a life abroad, he explained.

It reminded me of another conversation with another friend who is not from the dark realm who pays my bills. During a random discussion of politics, he abruptly mentioned that he was considering overseas options – which, loosely translated, meant that he was looking for destinations with easy residency rules and where the passports are easy to acquire. And as he told me this, he suggested me to look for scholarships abroad.

During a casual conversation over dinner, a friend said she was grateful she and her husband didn’t have children. Her husband sitting next to her disagreed.

A colleague recently spent a few days in hospital for the birth of her child and returned to tell story after story of what those around her were saying. The tongue was rather stained, he said, and no one was spared. According to him, there was enough anger that some were ready to commit violence against those they held responsible.

It is mind-boggling how the entire ruling elite can ignore the mood of the people.

The stories are endless; every conversation these days is either about managing expenses or about hopelessness. It’s hard to find someone who still remains optimistic about the future. And many of them are madmen and optimists who were young but confident of making a good life in Pakistan – once upon a time. Among those who may never have had the luxury of making such choices, there is only anger and quiet desperation.

Certainly, around me, it could be a question of age or class. Those I interact with tend to be the most vocal about how their quality of life has been affected. Or it could be a midlife crisis – many of us are there, I realize. I looked higher up the food chain – only to find that many businessmen were now talking about moving their money and family elsewhere. (Also, it seems that the people of Khyber Pakhtunkhwa are considering this due to the extortion calls they receive.)

No one I asked disagreed that feeling discouraged is more prevalent this year. This includes politicians from ruling parties and those who are not.

It must be admitted that the Pakistanis have never been very sunny with stars in their eyes. In fact, many have always been puzzled by the fact that as a people we tend to be rather critical of our state and pessimistic about our chances of success – something I’ve written about more once. There are no definitive answers as to why, but one would guess that it has to do with our long periods of authoritarianism in which so much of our policy-making was done by so few people; the lack of a say in policies, politics, identity, seems to have resulted in a perpetual sense of self-loathing and incessant criticism.

Although it is a national pastime, the sentiment this year seems unprecedented. And it’s much more common.

This is largely due to economic instability and fragility. It seems that in our cycles of boom and bust, the latter lengthen and intensify while the former are even more fleeting. And with external shocks (present and expected) being what they are, the only prediction in town is of the worst to come.

More than that, however, the sense of hopelessness and hopelessness stems from the behavior of those responsible and those vying for the hot seat. None of them are interested or understand the need for meaningful change. Politicians are too busy trying to conquer power while ensuring that the other is eliminated. And the establishment also lives in the 1990s, seeking dollar flows and planning to manufacture consent.

Between the two groups of leaders, there is no indication that they want to fix anything. The PTI wants an election but does not guarantee that it will know what to do once the election is held. The PML-N is instead busy recounting its (personal) grievances and wanting a rollback to its previous tenure, while the PPP, like the establishment, thinks the world can be forced to believe that Pakistan still matters . It is amazing how the talk to the world about the floods in the country has been done or how quickly the cabinet continues to grow. And this crazy idea that with a little time, the government will be able to regain lost political ground is no less illogical than the idea launched in 2018 to give the PTI six months to fix everything.

How all this leadership or this ruling elite – call it what you like – can ignore the mood of the population is mind-boggling. As one politician pointed out, people are so angry and so alienated that they tend to support any party that espouses an anti-establishment slogan. It was PML-N in the past and PTI now, and yet there are no alarm bells (especially in Rome). This may be another reason for the pervasive anger or despair; because if there was a part of the population that once saw a certain player as the savior, apart from politicians, this is no longer the case.

It would also be good to remember that this is the case in Punjab; elsewhere, alienation has already turned into political violence – in Baluchistan – or increased crime – in urban centers like Karachi.

Is it even possible for those at the top to have a dialogue about this, instead of buzzing about the “truth and reconciliation” processes, which is their code word for continuing the blame game and rehashing the “democracy”, another code word to gain power for themselves? And before it’s too late.

The writer is a journalist.

How Milford’s owner helped the feds destroy it