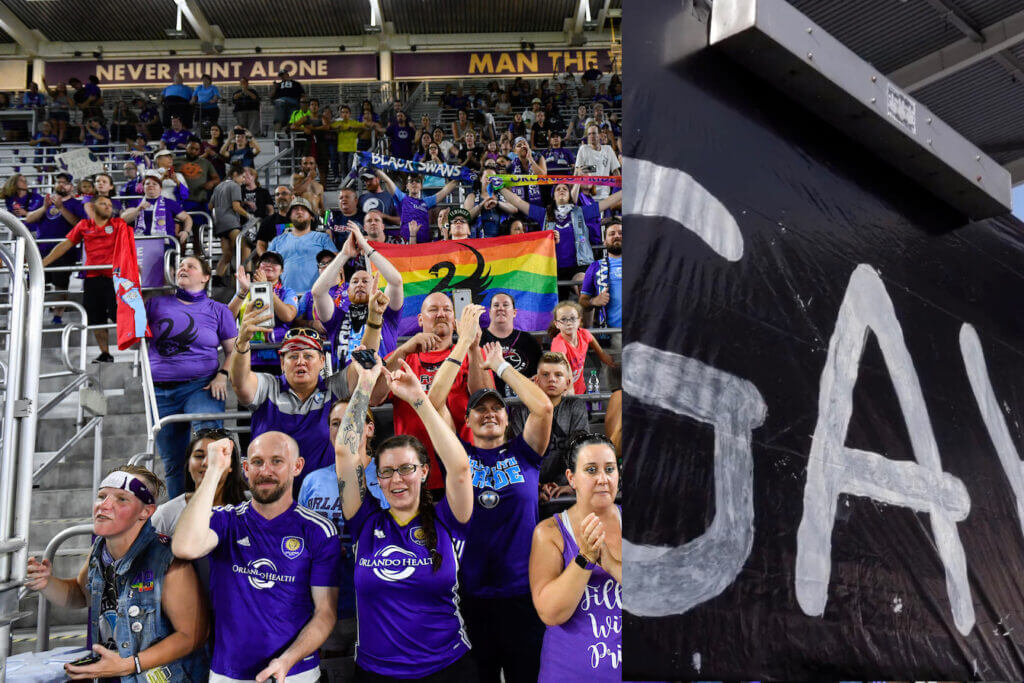 The most shocking event of Orlando Pride’s Challenge Cup opener against the Washington Spirit wasn’t that they held the visiting NWSL champions to a 0-0 draw, it’s something what happened in the stands. Orlando supporters group the Black Swans Drinking Club had a banner removed by stadium staff. It was a simple black banner with a single word in white letters: “GAY”.

The banner’s removal was particularly odd at Orlando’s Exploria Stadium, which had 49 rainbow seats installed in tribute to the victims of the 2016 mass shooting at Pulse nightclub.

The group of supporters posted on Twitter that they were forced to remove the banner for “political reasons”, despite conversations with reception staff during the game. As supporters see LGBTQ+ supporting a human rights issue, HB1557 (aka Florida’s “Don’t Say Gay” bill), which recently passed the state Senate and should be signed by Governor Ron DeSantis, has now put much more weight on the use of the word “gay” in Florida.

Orlando Pride players clearly weren’t impressed with their front office’s decision to remove the Black Swans banner – they filled in comments to the group’s statement on Instagram with the word ‘gay’ over and over. again.