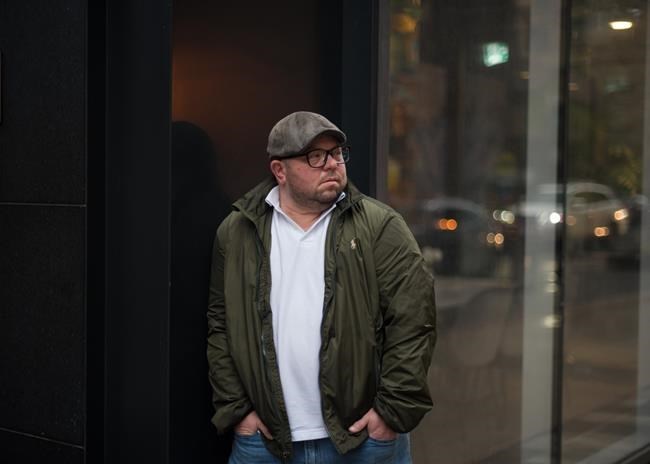 TORONTO — Census data released Wednesday provides an unprecedented snapshot of Canada’s transgender population, showing that 0.33 per cent of residents identify as a gender different from the sex they were assigned at birth.

This is the first time Statistics Canada has differentiated between ‘sex at birth’ and ‘gender’ in the census, a change that proponents say will offer crucial insight into a marginalized population and systemic barriers. with which she is confronted.

Fae Johnstone, a transgender advocate, said population-level data supporting the lived experience of trans people has so far been scant, so this new information is important both symbolically and practically.

“It says something when our government acknowledges the existence of trans people who have historically been kept out of these conversations and uncounted,” Johnstone said. “But it’s also helpful for us to better understand how we can focus interventions and address the health inequities experienced by trans people across the country.”

While previous censuses only asked about sex, the 2021 edition asked about both “sex at birth,” which it says is “determined by a person’s biological characteristics.” and on “gender,” which she says might differ from what’s listed on the legal documents.

Under ‘gender’, respondents could choose between male or female, or enter a third option.

Government demographers said they would use “sex at birth” to compare historical data on sex.

In some cases, Statistics Canada said, it will be necessary to break gender down into two categories “to protect the confidentiality of the responses provided.” These categories will be “men+” and “women+”, and each will include non-binary people.

The inclusion of transgender people in the census is part of a broader move by the Liberal government to be more inclusive of the LGBTQ community.

In 2017, the government added gender identity and expression to the list of prohibited grounds of discrimination under the Canadian Human Rights Act and amended the Criminal Code to include these same groups in the list. “identifiable groups” that could be targets of genocide and hate crimes.

The following year, the federal budget noted Statistics Canada’s efforts to reflect gender diversity in the census and allocated funds for the agency to create a new Center for Gender, Diversity and Inclusion Statistics. .

Its mandate, said Statistics Canada, is to develop “a gender-based analysis plus (GBA+) data center to support evidence-based policy development and decision-making, both within government federal than beyond”.

Johnstone said this government has been good in some ways on LGBTQ issues, but it hasn’t been perfect.

“I think my biggest criticism of this government on LGBTQ issues is that they put all their words in the right place, they say all the right words. But it’s the delivery, the implementation that I want really see it happen,” she said. mentioned.

For example, the government’s recent announcement of $100 million for its federal LGBTQ2 action plan was historic, Johnstone said, but it came late and the amount is still disproportionately low.

“Holding all of this to be true, I still think it says a lot about our current government in the best possible way, that we recognize that trans people exist and that trans people need to be captured,” she said. .

Gemma Hickey, an author and non-binary transmasculine activist, said it was “about time”.

“As an LGBTQ+ rights advocate for over 20 years, I have been part of and witnessed many changes. But those kinds of changes, especially around the census, are long overdue. .”

Almost five years ago, Hickey became one of the first Canadians to receive a gender-neutral birth certificate.

Hickey said they hope the census will spark a broader conversation by recognizing that the sex assigned to a person at birth is not necessarily the same as gender.

This report from The Canadian Press was first published on April 27, 2022.