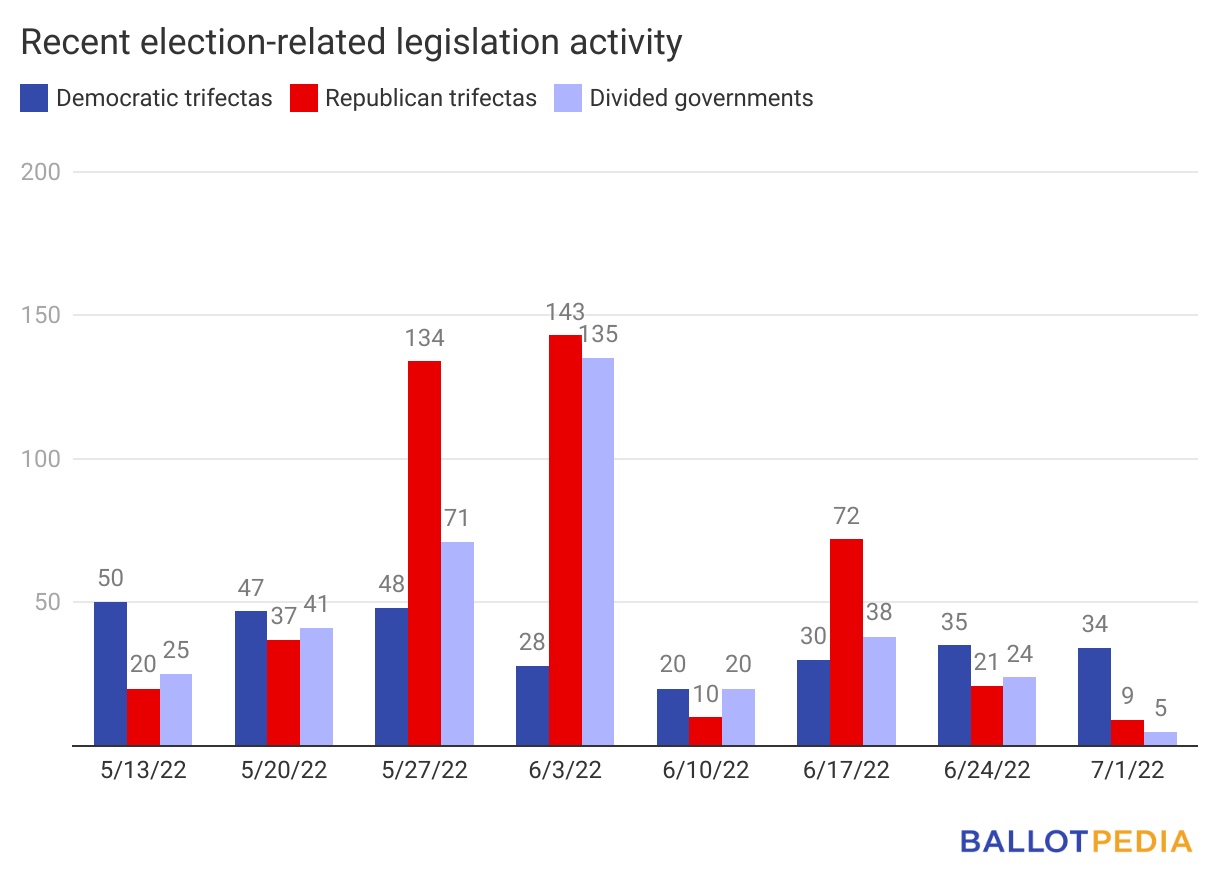 Here’s our weekly roundup of election-related legislation. You will find the following information there:

This part of our report highlights recent activity on noteworthy bills. An invoice is remarkable if it meets one or more of the following criteria:

MB HB1878: This bill makes a number of changes to state election laws, including, but not limited to, the following:

Political context: Missouri is a Republican trifecta, meaning Republicans control the governorship and majorities in both houses of the state legislature.

The bar chart below compares recent activity on a weekly basis over the past eight weeks.

To date, we have tracked 2,521 election-related bills. This represents a marginal increase from last week’s 2,519 bills. These bills were either introduced this year or stemmed from last year’s legislative sessions.

The pie charts below visualize the legislative status of the bills we track. The following status indicators are used:

The pie charts below visualize the legislative status of bills in the Democratic and Republican trifectas, respectively.

The pie chart below visualizes the partisan affiliation of bill sponsors.

The bar graph below visualizes the correlation between the partisan affiliation of bill sponsors and trifecta status (e.g. how many Democratic-sponsored bills made it into Democratic trifectas compared to trifectas Republicans).