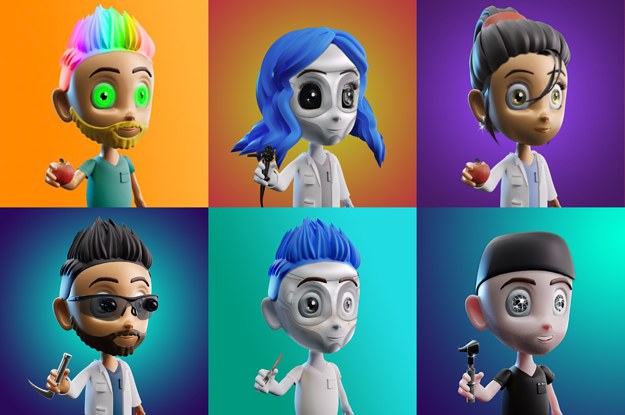 A group of famous doctors on TikTok and Instagram say they have a solution for the “Red ribbonof the current medical system: the NFTs of cartoon doctors.

These NFTs, called MetaDocs, are supposed to give buyers access to real doctors, almost like a Web3 telehealth subscription. When MetaDocs launched in December, it claimed its legion of celebrity doctors, who have a collective social media following of 70 million and have included “Dr Pimple Popper” Sandra Lee and Plastic Surgeon Dr. Richard Brown of TikTok famewould all be available via DM, “ask me anything” group sessions, or one-on-one video chats to those who purchase. MetaDocs founder Dr. Sina Joorabchi hopes it will evolve into a full-fledged virtual clinic in the so-called Metaverse, where patients can don a haptic suit and be examined remotely by a doctor in virtual reality.

But now MetaDocs is facing backlash from the medical community, in part because it’s not actually licensed as a telemedicine service, so its doctors can’t legally make diagnoses, write prescriptions or give personalized medical advice to anyone who purchases a MetaDocs NFT. Another wrinkle: Doctors are almost always required to be licensed in a state in order to practice there, including through telehealth services.

“At this point, we are hesitant to designate anyone as a patient,” Dr. Dustin Portela, MetaDocs physician and practicing dermatologist, told BuzzFeed News.