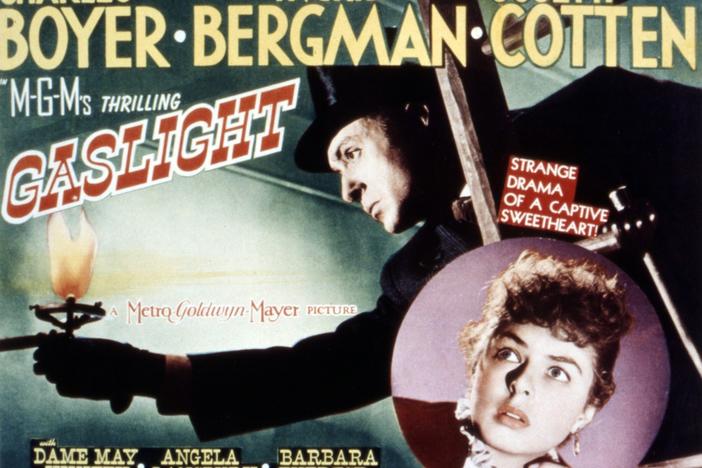 Facts come to the rescue in the age of gaslighting

Distressing world events and reactive media conversation can make you cynical these days. Or you might prefer the comfort that can be found in a more stoic attitude.

Anyway, the names of these philosophical reactions date back to the age of the ancient Greek philosophers, including one named Diogenes. He died in 323 BCE, and his name remains associated with Cynics and Stoics alike. Yet his name survives to the present day mainly because legend says he scoured the Earth in search of an honest man.

You may have seen it on this hunt, rendered by classical sculptors or more likely caricatured by contemporary draftsmen. He usually has a long beard and a lamp which he holds high as he peers into the murky darkness. Either way, it has long symbolized the endless search for truth.

In our time, this search is more complicated than ever. Even the idea of ​​truth is contested; we say the word out loud and add airy quotes, or a wry tone of voice or a smirk. The term was gleefully used by people like, for example, the so-called “Truthers” of two decades ago who insisted that no planes crashed into buildings on September 11, 2001 .

It is perhaps for this reason that journalists and other observers often avoid the word truth and prefer to talk about facts. There are many versions of the truth, many abuses, and many disagreements about what it even means. The idea of ​​fact is something we feel better prepared to defend on objective grounds.

Even so, we must treat those who talk about “alternative facts” as if the facts themselves are fungible. Who can forget the day after former President Trump was sworn in, when a spokesperson used that phrase to describe his totally false counter-narrative about the size of his inauguration crowd.

An extreme example of “alternative facts” might be Russian President Vladimir Putin’s speech last week declaring four regions of Ukraine to be part of Russia by decree. By justifying this land grab by citing a sham referendum conducted at gunpoint, Putin added another glaring episode to his flood of false narratives about Ukraine.

Americans should not feel complacent about this, however. Putin’s gullibility may not have been greater than Trump’s claims at the end of 2020, when he insisted he had won an election ‘by a long shot’ that he actually had lost by 7 million votes. It was the most extreme case in the United States to date of a behavior that now goes by a popular name: gaslighting.

The word comes from the 1944 Hollywood film gas lamp. Ingrid Bergman won the Oscar playing a young opera singer who doubts her sanity due to a plot to deceive and confuse her. Its one-word title entered the language as a code word for elaborate lying or treating fictional storylines as real. It is now common to see it in the headlines or hear it on cable television news. It is surely more familiar to most Americans than Diogenes’ lamp.

It may be because the insidious deception gaslighting entails has become a pandemic, like the “massive infodemic” of misinformation that the World Health Organization says came with COVID in 2020. .

There is a kind of audacity in Major Garrett and David Becker entitling their book The big truth: Maintaining Democracy in the Age of the Big Lie. Just released last week, The big truth is a powerful argument against Trump’s false claims about the 2020 election outcome.

The book reviews the still jaw-dropping events of the weeks following the November 2020 election. the ballot box and to declare a national emergency – all to preserve his presidency”.

Only the integrity and courage of key individuals at various stages of government — particularly in state governments and the courts — have thwarted these efforts by Trump and some of his most zealous supporters to delay and ultimately reverse the outcome of this election.

Garrett is the chief Washington correspondent for CBS News and a former senior White House correspondent for Fox News. He has been in Washington for nearly four decades. David Becker is an election specialist with many years of experience as general counsel in election law at the Department of Justice. He is also the founder and executive director of the nonpartisan Center for Election Research and Innovation.

At one point in their story, they cite their interview with Republican Wyoming Rep. Liz Cheney, vice chair of the committee investigating the events of January 6, 2021. “I sort of think about it as if we , all of us, on January 6, we all looked into the abyss,” Cheney says. “And responsible officials and responsible elected officials have a duty to take the country out of this.”

But it must be said that Cheney’s party does not agree with her. She lost her primary this summer by almost 40 points. Other Republicans who stood up to Trump in the election count were ousted state after state, replaced by Holocaust deniers.

“We have come to a place of uncertainty about how we cast and count ballots,” write Garrett and Becker. “It’s as absurd as it is destructive, especially given how far we’ve come and the fact that our elections today are more secure than ever.”

The idea that the 2020 election was “stolen” or was somehow not legitimate has taken root within the Republican Party and, to some extent, beyond.

Garrett and Becker blame it on the “scam artists” who they believe are selling the idea – and profiting financially from the sale through fundraising. The way to break their grip on so many Americans is with facts, and by insisting that facts still exist and can prevail.

In our time, it can be said that the burden long carried by the word truth has shifted to the word fact. While truth has come to be viewed as subjective – the realm of the personal – we still see reasonable people from widely disparate backgrounds acknowledging facts for what they are. They are the building blocks of demonstrable reality. They are beyond denial, beyond debate over competing cable TV news channels.

By these lights, if we had a Diogenes in our time, he could very well be called a fact checker.

Last week, the Poynter Institute hosted a fact and policy conference in Washington, DC, to honor the 15th anniversary of its founding of Politifact. The fact-checking operation attracted immediate attention when it won a Pulitzer Prize for its coverage of the 2008 presidential election. Along with other operations, such as FactCheck.org (a project of the Annenberg Public Policy Center at the University of Pennsylvania), Politifact worked to hold participants on all sides of the partisan divide to a consistent de facto standard.

The Poynter Institute was started by Nelson and Henrietta Poynter, who also used part of the profits from their profitable newspapers in Indiana and Florida to start a ballot in 1945 that tallied the votes of individual members of Congress. At the time, the Congress Register did not consistently provide this information to the House.

Their newsletter has become Quarterly Congress, possibly a weekly magazine with various online iterations. It is still so today, with the title usually abbreviated as CQ (which also happened to be a proofreader’s mark signifying that the written material had been checked and verified for factual accuracy).

The meaning of the facts implied in “CQ” was similar to what attorneys mean when they talk about the “facts of the case” or facts that have been stipulated by both parties. These are basic points that all parties to a dispute are willing to accept, leaving all other matters to be decided by the jury.

Too often, of course, what we hear in contemporary media is not an attempt to find facts on which we could agree, but rather an ongoing competition between narratives, a wrestling match between one version of events to another. Each side considers its account to be factual. Each side sees the other as elaborate fiction, the product of corrupt spinners of fanciful lies.

Politifact was born as social media became a ubiquitous and increasingly dominant element in media culture. Major newspapers and national broadcasters had once set the agenda and acted as arbiters in the political controversies of the day. But social media provided an alternative route – a public square in which all voices could be heard and claim equal authority. The new strength of these media reached a critical stage when it helped bring Trump to power in 2016.

Through it all, facts can still “raise a standard to which the wise and honest can mend themselves,” to use a phrase from George Washington.

No matter how much we might wish them otherwise, the facts are the facts. They stubbornly refuse to be otherwise, or to conform to our wishes and preferences.

There are two famous quotes often cited by political figures and journalists to defend the facts. One is of John Adams, the future president who had the difficult task of defending British soldiers who fired into a rowdy crowd in 1770 – an incident known as the “Boston Massacre”.

Adams understood why jurors were inclined to convict redcoats, but argued that the facts were more complex. And that meant they had to think again.

“Facts,” Adams told the jury, “are stubborn things. And whatever our wishes, our inclinations, or the dictates of our passions, they cannot alter the state of the facts and the evidence.”

Four-term New York Senator Daniel Patrick Moynihan put it in fewer words: “Everyone is entitled to their own opinion, but not their own facts.”

As long as we can make this distinction, we can yearn to put out the gaslight and look toward Diogenes’ lamp.