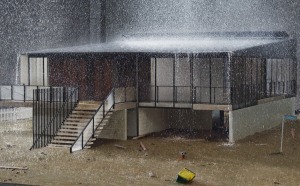 Cannes Lions has unveiled the first shortlists for 2022: Glass: The Lion for Change, Innovation Lions and Titanium Lions.

The shortlisted candidates will present their work directly to the members of the jury practically before the festival.

The Innovation Lions shortlist includes 14 entries from 9 countries, including: Australia, Canada, Germany, India, Japan, Mexico, Peru, South Korea and the United States. United. The winners will be announced on stage on Wednesday, June 22.

Among them is ONE HOUSE TO SAVE MANY for Leo Burnett Sydney’s Suncorp.

The Glass: The Lion for Change shortlist, chaired by Colleen DeCourcy, Past President of Wieden+Kennedy, includes 16 participants from 13 countries, including: Bangladesh, Brazil, Canada, Germany, Greece, Honduras , India, Mexico, Netherlands, New Zealand, Peru, United Kingdom and United States. The winners of this year’s Glass: The Lion for Change will be honored on stage on Friday, June 24.

Among them is BEYOND BINARY CODEfor Spark goes Colenso BBDO New Zealand.

Simon Cook, CEO, LIONS: “We are delighted to announce the first shortlists for 2022 that represent the best of creativity in these three coveted Lions Awards. We are thrilled that so many entrants from around the world will have the opportunity to present themselves directly to the judging panel as they deliberate and make decisions that will set the benchmark for creativity in these very progressive areas of the industry.”

Do you have anything to say about this? Share your opinions in the comments section below. Or if you have any news or a tip, email us at [email protected]

What is a digital watermark?