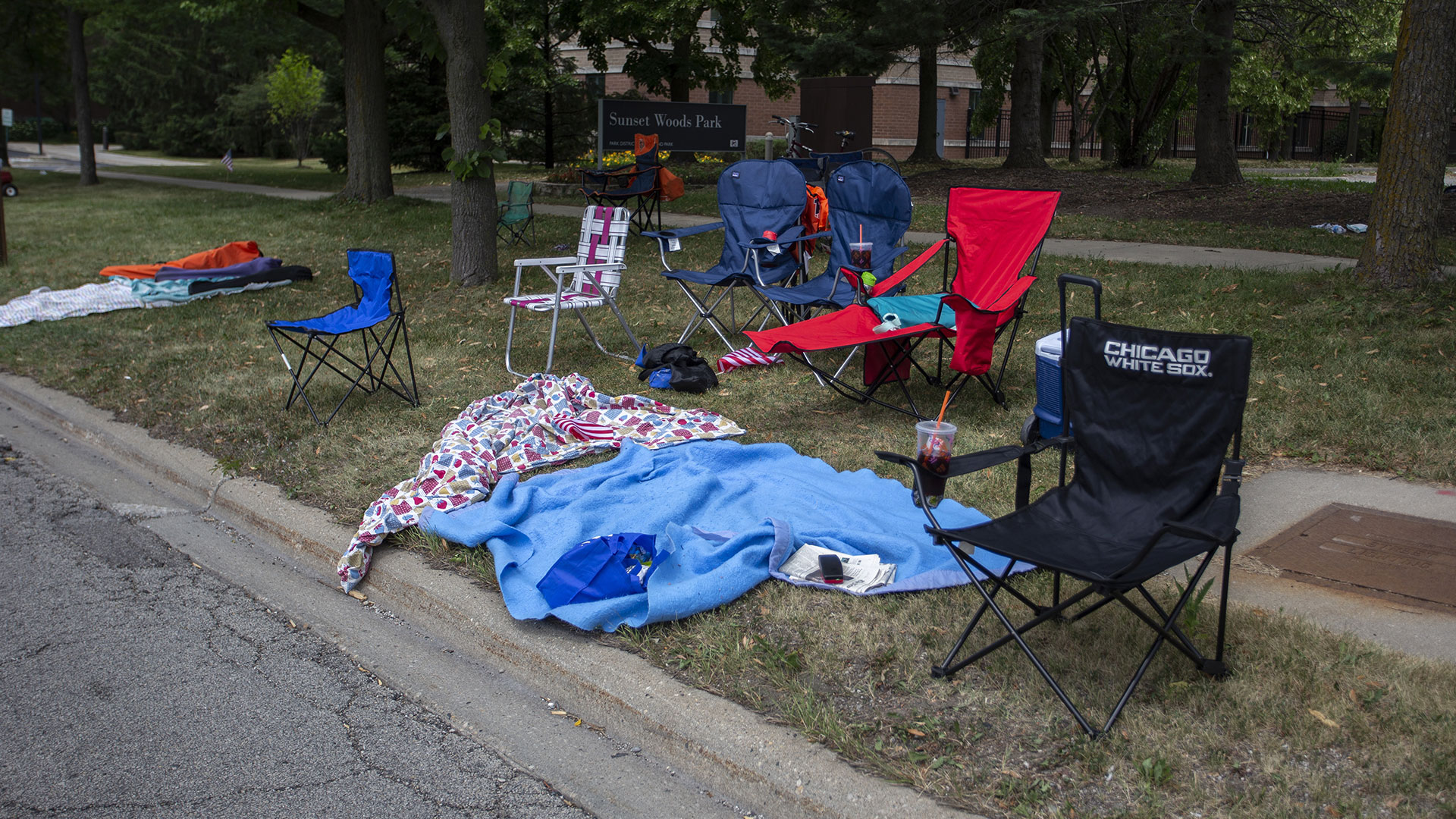 A DOCTOR who helped treat victims of the July 4 parade shooting has revealed he saw war wounds as the bodies were gutted.

Doctor David Baum was with his family in Highland Park, Illinois when gunman Robert Crimo III, 22, went on his deadly rampage.

He said some victims suffered battle wounds, while others were “exploded” by gunfire.

Baum told CNN: “Having been a doctor, I’ve seen things in the ER, you know, you see a lot of blood.

“But the bodies were literally – some of the bodies – there was an evisceration wound from the power of that gun and the bullets.”

Doctors said the code word “black” as they covered the corpses, Baum revealed.

Meanwhile, Michael Schwartz, 82, told The Sun he protected his wife in a wheelchair and his two-month-old grandson in a stroller.

He said: “I heard about 30 gunshots. Pop, pop, pop. It was faster than anything I’ve heard before.

“Then there was a quiet moment – probably when the shooter was reloading – followed by another round of about 30 rounds.”

Irina and Kevin’s son Aiden was separated from his parents during the chaos.

He survived the shooting and is cared for by his grandparents.

Crimo was captured after an hours-long manhunt and has since been charged with seven counts of first-degree murder.

He could face a life sentence without the possibility of parole if convicted.

A timeline revealed that Crimo had been captured after an eight-hour manhunt.

He was arrested when cops tracked down the silver Honda Fit he was driving – hours after the deadly sniper attack at the parade.

Crimo dressed up in a wig and dress in an attempt to evade arrest.

Crimo’s uncle Paul told The Sun that his nephew had dressed as a woman about a year before the massacre.

It emerged that Crimo had posted creepy videos on a YouTube channel which has since been deleted.

He also wrote comments on a message board that talked about murder and death, according to NBC News.

A clip that has been shared online shows a gunman firing a rifle, and a creepy drawing depicts an assailant lying in a pool of blood.

In a video showing an armed suspect, Crimo rapped, “Like a sleepwalker, I drill no matter what.”

Internet sleuths pointed out that Crimo had the number 47 inked near his temple.

Several have speculated if the artwork could offer insight into the moment of filming.

But it could be a reference to Agent 47 – the protagonist of the IO Interactive game Hitman.

Crimo has been reported to be a fan of video games, according to the Daily Beast.

Crimo reportedly had a verified profile on Spotify and was known as Awake the Rapper. It looks like his account has since been deleted.

He released an EP earlier this year called “Brainwashed”, and some of the songs were titled “Dead Again” and “I am the Storm”.

AstraLocker ransomware shuts down to continue cryptojacking • The Register

CyRC vulnerability of the month: curl