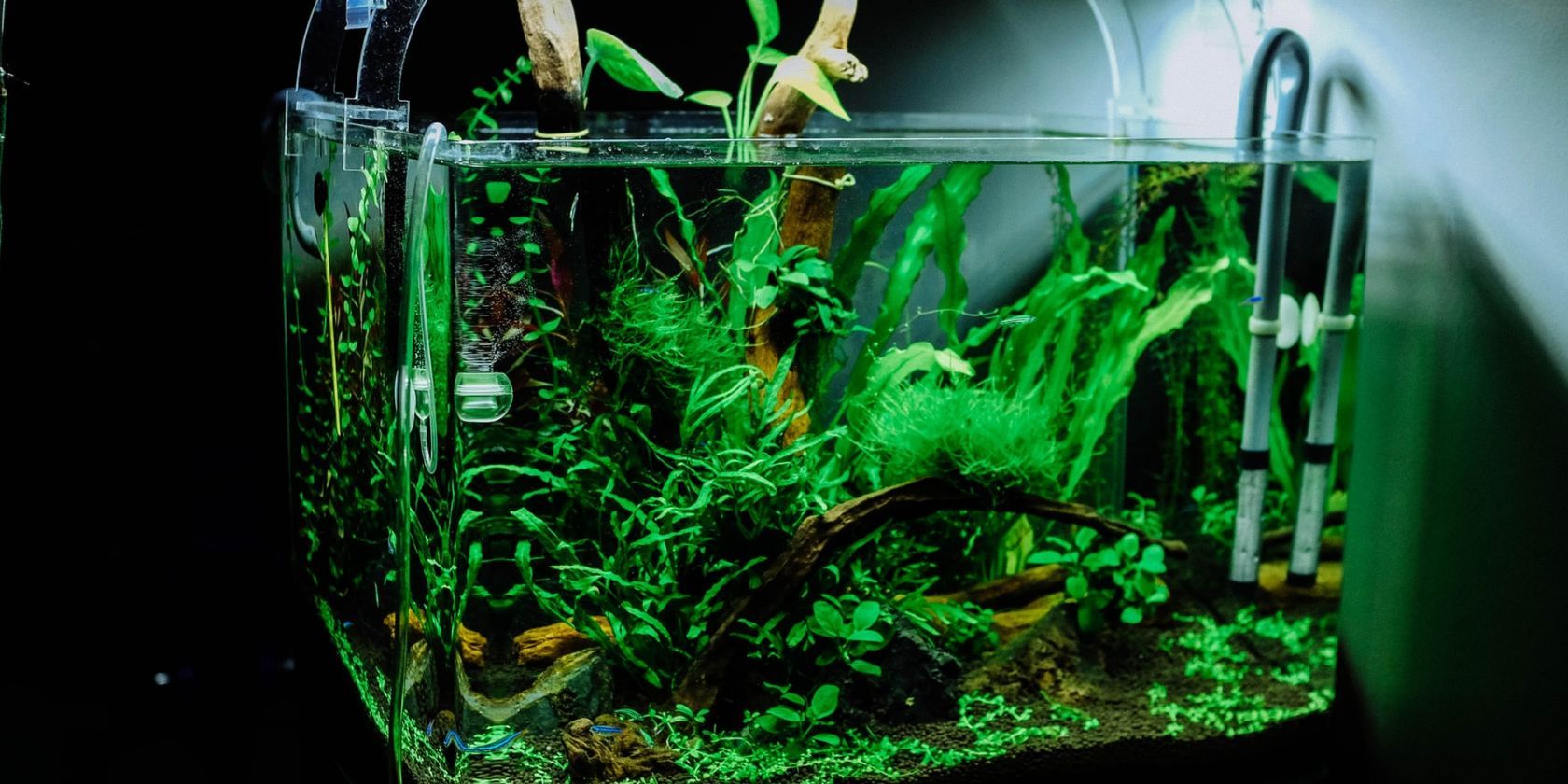 Aquarium plants need light to create energy through photosynthesis, while many fish benefit from a regular light cycle, but how do you provide them with artificial lighting with the electronic DIY tools you already have? Let’s build a DIY aquarium lighting system using an Arduino, a real-time clock, and an LED strip.

Before we begin, it should be noted that the LEDs we are using in this project are not full-spectrum LEDs that mimic daylight. This means that they don’t provide all of the plant-beneficial light wavelengths, making them unsuitable for aquarium plants with large light requirements and wasting a small amount of energy produced by LEDs.

That said, for planted aquariums that require little light, LED lighting like this can be a great choice that provides faster, healthier plant growth without the cost associated with many aquarium lighting products; you just won’t get the same power.

It’s not just the plants in your aquarium that benefit from LED lighting: many species of fish benefit from a regular light cycle that mimics day and night to maintain their circadian rhythm, allowing them to rest, foraging for food and being active as they would. to be in the wild.

To build an LED lighting system that powers a day-night cycle for the fish and plants in your aquarium, we’ll use an Arduino, a real-time clock (RTC), and an LED strip, as can be used for a wide variety of Arduino LED lighting projects.

USE VIDEO OF THE DAY

What do you need?

You only need a handful of parts to complete this build:

You will also need a few tools to complete this project.

Wiring up your DIY aquarium lighting is simple, with just a few connections to make before you can start coding your project. The diagram above shows all the connections you need to make, but we’ve detailed them in the sections below.

The DS3231 RTC in this project acts as a timer for the LED lighting in our aquarium. This module has four pins that we will be using: SCL, SDA, VCC, and GND, all of which can be wired directly to our Arduino Pro Micro.

Wiring your LED strip is more complicated than RTC, as the LEDs are likely to be some distance from the Arduino and you need to use a separate power adapter to get the full brightness of your LEDs. The schematic above shows how you can connect your NeoPixel LED strip to your Arduino and power source for best results.

In addition to connecting our LED strip to our Arduino and 12V power source, we will also modify our NeoPixel clone to create three smaller LED strips that will be daisy-chained together with a long cable. For this we will use an insulated triple conductor cable, as well as a heat shrink to seal the joints. Our LED strip comes with JST connectors on each end, giving us a convenient way to detach the strip from our Arduino.

The coding element of this project is more complicated than the wiring. You can start with a basic empty Arduino project, as we won’t need anything apart from the functions that come with it.

Before adding code, we need to install some libraries, and all of them are in the Arduino IDE library manager.

We’ve added global variables to our code so that we can change how our lighting behaves with buttons and other inputs in future projects. It’s not essential, but it will make it easier to modify your code when you need to make changes. We added variables for LED brightness and tint, and a variable to store the color of our LED strip.

Next, we need to declare our LED strip and our RTC as objects that can be used by our Arduino, and then initialize them in our configuration loop.

Our LED strips can be declared by first defining the pin used and defining the number of LEDs on the strip, but then you can use the lines below to make the declaration itself.

RTC is easier to declare and you just need to use the line below to make it work; all important settings are applied by default.

Once this is done, we just need to initialize our RTC using the following code in our configuration class.

Now is the time to build the main loop for your aquarium LED strips. This is handled in the main loop that comes with your empty Arduino project, which means it will run continuously.

We start the loop by checking the current time with our real-time clock and setting a variable to store it, ensuring daylight is provided during the day. Once we have a Date hour variable to play with, we can assign the current hour and minute to separate variables, allowing us to control our lighting with great precision.

Then we used a series of if statements to determine whether to turn on our lights. these if Check if the current time is equal to or greater than 9am and equal to or less than 9pm, which gives us a 9am to 9pm window to turn on our LED lights.

If these conditions are met, code in the if sets the brightness and color of our LED strips to the global variables we defined earlier, while using a To display command to update the LED strip. If the conditions are not met, a other The statement is used to set the brightness of the LEDs to 0, effectively turning them off at night.

Installation of your LED aquarium lighting

Our LED strip comes with a handy adhesive strip attached making it incredibly easy to attach to our tank hood/lid. The same result can be achieved with double-sided tape or superglue, but you need to be careful that the adhesive you choose can survive condensation buildup. You can also 3D print a stand for your new aquarium light if your tank doesn’t have a cover, and a case for the other components you used.

Aquarium plants and fish benefit from a regular light cycle. Although our light is not full spectrum, it still provides much of the blue light, green light, and red light your plants need. What’s best, however, is that this project is incredibly affordable, simple, and fun to tackle.

Automate your aquarium by investing in smart accessories that will reduce the need for manual intervention, keeping your fish healthy and happy.

Samuel is a UK-based tech writer with a passion for all things DIY. Having started businesses in the fields of web development and 3D printing, in addition to having worked as a writer for many years, Samuel offers a unique insight into the world of technology. Focusing primarily on DIY tech projects, he loves nothing more than sharing fun and exciting ideas you can try at home. Outside of work, Samuel can usually be found riding his bike, playing PC video games, or desperately trying to communicate with his pet crab.

How do I blink LEDs to display binary codes using an 8051 microcontroller? | by Pritindra D | March 2022