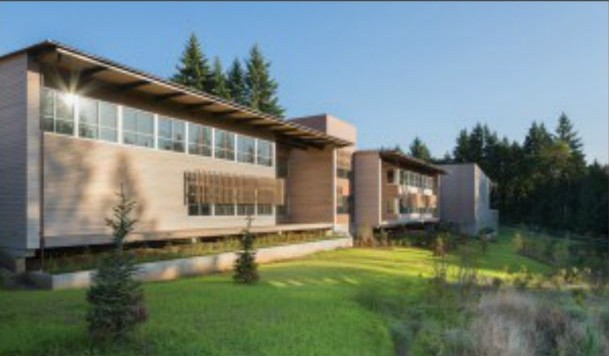 The Portland Tribune is a media partner of KOIN 6 News.

PORTLAND, OR (PORTLAND GRANDSTAND) – Sandy High School administrators say an incident that students have called an LGBTQ+ discrimination issue is actually a misunderstanding of the campus dress code.

The controversy began on Friday morning, June 3, when two students arrived at school with flags – one in a Pride flag and one in a Trump flag.

Because “students are not allowed to carry (real) flags,” both were asked to remove them, according to Julia Monteith, director of communications for the Oregon Trail School District.

TRENDING: Direct British Airways flights from PDX to London are taking off

Zayn, a sophomore who uses he/they pronouns, told the Sandy Post that school administrators asked them “to remove the flag because it was a ‘trip hazard’. And I understand why.

Because Zayn is underage, the Sandy Post does not use his last name.

However, Zayn added, “Whenever I walk with my flag as a cape, I always wear it to the side to avoid tripping. A few times I haven’t worn it and it’s on me, but nobody’s stumbled over it.

Monteith said Zayn was sent to the office after refusing to comply with the dress code.

This action was taken because he “was carrying a flag, not because it was a pride flag,” Monteith said. “We support children if they want to show their pride, but they are not allowed to carry flags.”

Principal Sarah Dorn said when Zayn refused to remove the pride flag, “I offered to allow the student to complete their class work at the desk, but the student refused.”

Classmates who contacted the Students Advocating For Equality (SAFE) group earlier today said they had received pre-approval to carry the pride flag at school and that “the school was been okay for weeks.”

“If a student received pre-approval from a staff member, it was given in error,” Dorn said.

“I think you shouldn’t be able to carry flags that contain political, racial, or just plain discriminatory commentary,” Zayn said. “Pride flags are just colors. I think if we (are going to) ban colored flags, we should just jump ahead and ban color. It’s ridiculous. I try to take a stand for all those people who have suffered from LGBTQ+ discrimination. »

Zayn and members of SAFE have issued a call for their affirmative classmates to wear Pride colors and apparel on Wednesday, June 8, to show their support for LGBTQ+ students and fight homophobia in school.

After Zayn was sent to the office on Friday afternoon, photos of a classmate carrying a Trump flag as he sat at a classroom desk began circulating on Instagram. Many have alleged in the comments that the student was asked to remove the flag but was not punished after later putting it back up.

Monteith said Dorn was investigating the matter to find out if it was the same student previously tipped off about how his attire violated the dress code.

“If a student who was told to carry a flag later handed it over, they would receive a consequence,” Dorn said. “If a student wears a flag in the future, we will retain it until it can be retrieved by a parent/guardian.”

In an email to school administrators, SAFE officials said: ‘The events of this morning have been deeply upsetting for many students. Pride Month is an extremely important time for students who are part of the LGBTQ+ community, as it is a time for us to celebrate who we are and all that we have achieved. All week students have worn items celebrating their pride, but today members of our community were mocked and harassed by students exhibiting bigoted behavior. Instead of protecting and defending LGBTQ+ students at Sandy High, it seems our school has once again chosen the side of the oppressor. This is unacceptable.”

SAFE was formed by students in 2020 as an advocacy group for marginalized students. In the past, the group led a petition to ban Confederate flags from the school campus and held pride and anti-racism events.

Monteith said the district hasn’t received any reports of teasing from students, although “it’s not uncommon for a student who feels teased to post about it on social media, but don’t. not report (at school)”.

Zayn told the Sandy Post that “I got a lot of insults from people for wearing Pride, people called me f****t, a shame. … A group of people walked past me in the hallways and commented “fucking disgusting”.

Of his experience at Sandy High, Zayn said, “It was a lot of hate. I have a non-binary flag that I like to fly and when some people see it they’ll yell, ‘Come on, Lakers’ to try and insult me.”

Despite continued teasing from his peers, Zayn explained that he only reported incidents of hurtful comments. “Here and there I will speak vaguely of the events. But I never did a full report. I’m nervous and I feel like nothing will come of it,” he said.

Zayn said that as a middle schooler, he reported an incident involving a classmate and suffered because of it.

“The school did something about it but all the friends of the person I reported yelled at me and harassed me,” he said. “Since it’s hard to report things.”

While the district maintains that students are protected from discrimination within its schools, students say there is still work to be done on how administrators and staff handle peer-to-peer incidents involving marginalized students.

“The June 3 incident is complicated…and frightening for all LGBTQ+ students in our community,” SAFE Co-Director Amaya Peralta said. “There is a long history of bigotry within SHS, but it is time to push for change and protect marginalized students. The administration must recognize the problem. There will never be change unless we come together to protect students and hold authors accountable.

In an email, SAFE officials demanded an explanation from administrators on how the incident involving their Pride-flag-wielding peer was handled.

“If ‘students thrive here’ means anything, then we need to apply it to ALL students, including and especially those who are part of a community that has already experienced so much hate,” said l SAFE team.

As the school day began to wind down, Dorn emailed The Post with a statement that will be read to students and has already been shared with staff. It reads:

“A flag logo printed on clothing or displayed on an item such as a water bottle or school bag is considered school appropriate. For safety reasons, full size flags cannot be worn as clothing or attached to clothing. All logos, as well as flags, etc. must be appropriate for the school. We want all students to feel welcome and accepted.

Dorn added, “All students are protected from unlawful discrimination and harassment based on race, color, national origin, sex, disability and age. This includes LGBTQ+ students. All reports are thoroughly investigated and students who engage in this behavior will face the consequences in accordance with policy and practice. Information regarding student consequences and investigation results are confidential due to student privacy.

EXCLUSIVE: Eight-year-old engineers are devastated as hopes of US competition crumble