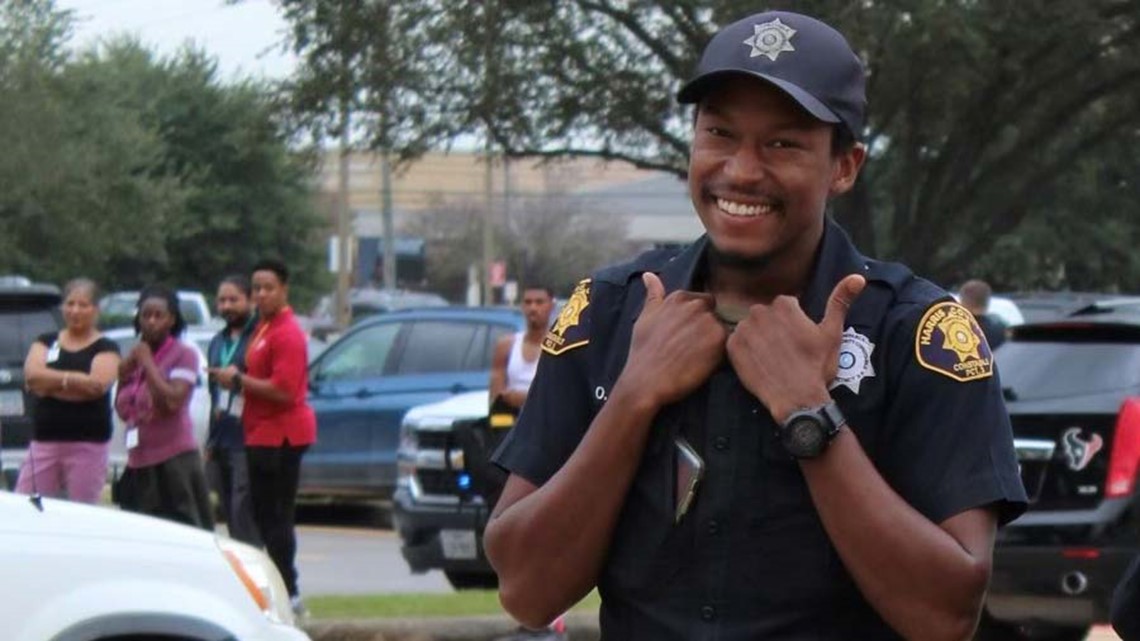 Omar Ursin was a school resource officer at HM Carroll Elementary School for four years until last spring when he is said to have been promoted.

HOUSTON — The killer of an assistant constable is still at large. The principal of the elementary where he worked as a school resource officer at Sheldon DSI saw him a few days before he was killed.

Omar Ursin was a school resource officer at HM Carroll Elementary School for four years until last spring when he is said to have been promoted. But he passed anyway, and he did so three days before he was killed.

“It’s just terrible at first, the disbelief, it was hard to deal with,” principal Solmaria Benavides said.

It was in the library that Benavides says she often found Ursin.

“He was awesome, he was kind, he was soft-spoken,” she said.

“He didn’t just protect us. He showed the kids how to make a snowflake, how to code their name in binary and how to tie their shoes,” a staff member tweeted.

“I heard the news of the shooting because I live a few minutes away,” Benavides said.

She didn’t realize it was Ursin until the next morning.

“I saw him on Thursday. He went to Rocky Mountain National Park and I did too this summer, so we shared some photos and talked about it. He was so happy,” Benavides said.

Surrounded by his family – his wife, daughter and parents, Ursin had just celebrated his 37th birthday on Friday.

His family told KHOU 11 that they knew his work was dangerous, but they did not expect him to be shot and killed while off duty. Investigators say he was driving home after having dinner in Houston.

“My son was very friendly, very helpful and he never met a stranger,” said Yvonne Ursin, his mother.

Who pulled the trigger on Madera Run Parkway in Atascocita is still a mystery. Harris County Sheriff’s Office homicide investigators say it could have been road rage, but they are still piecing together surveillance video.

Back on campus, this principal says it’s a hard loss to measure.

“I am truly sorry for their loss. It’s devastating to experience something like this. And they are not alone, we all feel it with them,” Benavides said.

If you have information on the case of Deputy Constable Omar Ursin, call Crime Stoppers at 713-222-TIPS (8477).

Death of a Russian ultranationalist