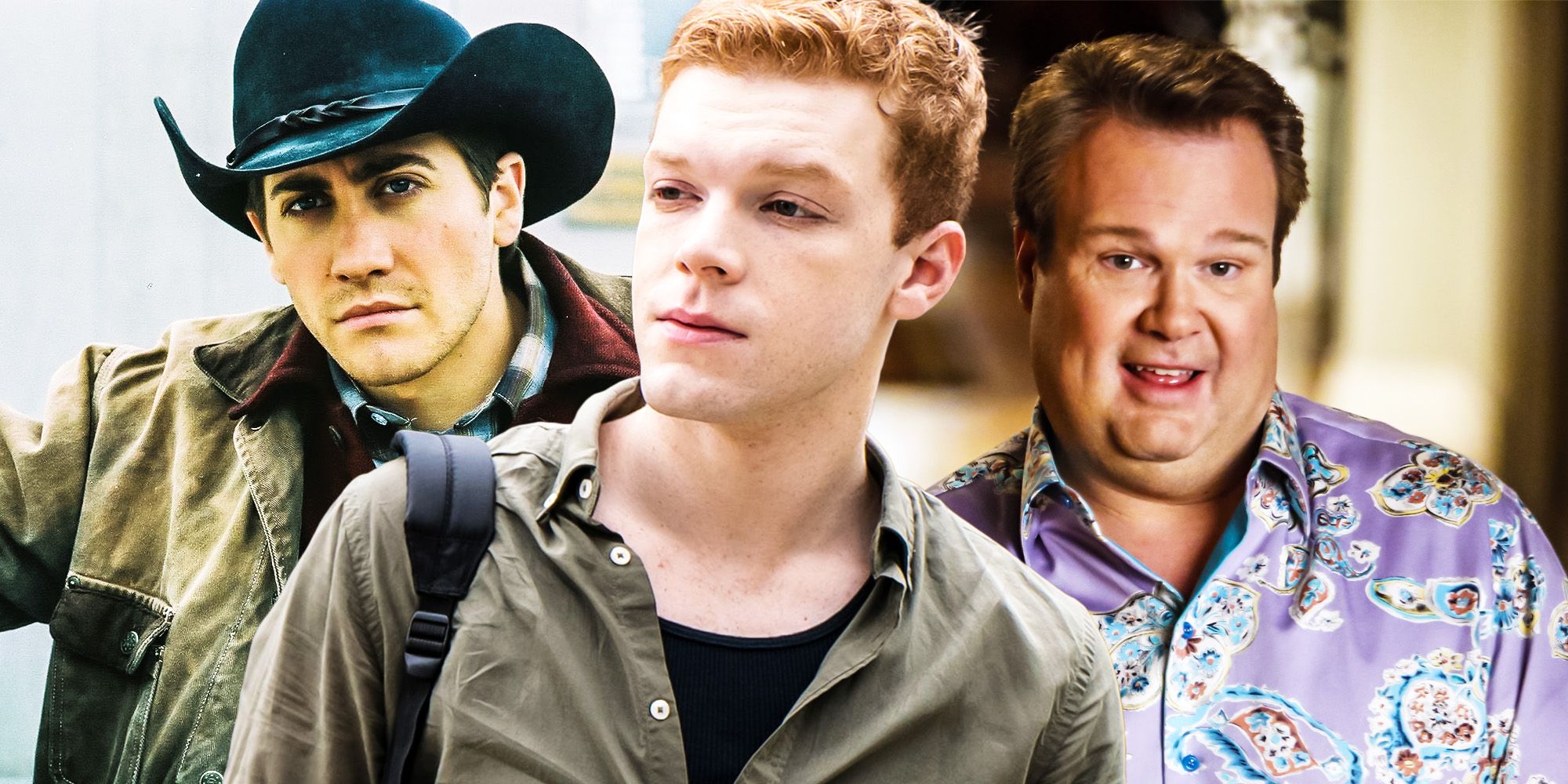 Can straight actors play LGB roles now? It is complicated

Editor’s Note: This article is intended as a sister piece to our article Why It’s Still a Problem for Cis Actors to Play Trans Roles and is not intended to exclude trans and non-binary people from the conversation, but rather to recognize the different difficulties they face.

Over the past few years, there has been a lot of contentious debate over the issue of straight actors playing lesbian, gay, or bisexual roles, but is it really acceptable or even appropriate for a straight actor to play these characters? Honestly, this is a somewhat complicated question, without a clear answer. In recent years, a variety of straight and LGBTQ+ actors have portrayed queer characters, both historical and fictional, receiving a mixed swath of criticism or praise, depending on each performance.

VIDEO OF THE DAY

Of course, when it comes to transgender characters specifically, actors like Eddie Redmayne who starred in director Tom Hooper’s film The Danish Girl have rightly been criticized for choosing to portray transgender characters despite being cisgender themselves. The practice of having cis actors portray trans characters seems to be on the decline at this point, and this is a positive change for all as it allows for more authentic portrayals, avoids the risk of stereotyping, and gives actors more opportunities trans. However, when it comes to lesbian, gay, and bi/pan+ characters, the gray area is wider.

Related: Why LGBTQ+ Representation Matters So Much in the Media

While there has been a legitimate push to see more LGBTQ+ actors portraying queer characters, whether or not it’s okay for straight actors to play LGBTQ+ roles is still relatively contested, d especially since there seems to be more demand for movies and major franchises like the MCU to include more LGBTQ+ identities in their stories. As there is a wide variety of examples to analyze and revisit in exploring this topic, conflicting answers to this question tend to appear with each example. Let’s take a look at some examples of LGBTQ+ representation in film and TV, and how each answers this question.

LGBTQ+ roles have often been played by heterosexual actors

In the past, many LGB roles have been played by straight actors, receiving mixed praise and reviews depending on the role and characterization. For example, Nick Robinson’s portrayal of a gay teenager trapped in Love, Simon was mostly positively received, with the film widely praised for its sensitive depiction of the experience of coming out. Similarly, Trevante Rhodes has also been praised for his realistic and emotional portrayal of Adult Chiron in Moonlightalthough he identifies himself as straight.

Whereas Love, Simon shares some of the mistakes found in high school LGBTQ+ dramas, what perhaps makes this depiction grounded, despite being played by a straight actor, is director Greg Berlanti’s lived-in approach to the material. As a gay man himself, Berlanti’s impact on the film’s realism was undoubtedly invaluable. However, conversely, Moonlight was directed by Barry Jenkins, who is straight himself, and yet the film has been hailed almost universally for its excellent portrayal of the queer experience. So when it comes to straight actors taking on queer roles, there are examples of positively received performances that are directed and performed by straight and LGBTQ+ directors and actors in tandem.

Conversely, while straight A-list actors and major franchises like star wars have received both praise and criticism for their portrayals of queer characters, more recently smaller projects have benefited from casting more openly queer actors. Specifically, movies like fire island received praise for enlisting a queer cast to play its LGB characters. like movies like fire island also as a whole speak to uniquely queer experiences, having actors who can relate to these struggles can help elevate the material artistically.

Plus, movies like Billy Eichner’s romantic comedy Brothers received positive feedback for including an all-queer cast playing both straight and queer characters. It seems that as more and more opportunities arise for LGBTQ+ actors to represent themselves, films that present these opportunities should also benefit from a critical perspective. There are aspects of the queer experience that are best understood and expressed by people who have lived through them. While it’s possible for straight actors to deliver great, authentic performances in LGB roles, there’s a definite upside to casting someone who has their own lived experience to draw upon in their performance.

A shift in awareness has opened up possibilities for representation

There are a growing number of shows and projects today that highlight or examine LGBTQ+ characters and issues, but some of them still feature straight actors in lead roles. Many of these projects have been well received because actors, regardless of their sexuality, now have a greater awareness of the importance of accurately portraying queer characters, and are less likely to be bound by old limitations. such as the Hay’s Code which gave rise to the “Bury your gays” trope. As they are more aware and freer to explore various identities which are not as controversial as they once were, there has been a shift towards individual actor sexuality being less relevant to the roles they play, and this does not hasn’t hindered the creation of great LGBTQ+ people. movies and TV shows to watch.

For example, Suranne Jones, who plays historical figure and lesbian protagonist Anne Lister in Gentlemen Jack, identifies as straight. However, she has stated in the past how seriously she takes the show’s impact when it comes to LGBTQ+ representation, and how queer audiences have responded positively to the series as a whole. The creators behind the Gentlemen Jack Both the widely well-received TV series and the actor playing its title character are acutely aware of the show’s impact on LGBTQ+ audiences, and their awareness of their position appears to have had a positive impact. on how they portray queer characters.

However, regardless of who is playing a queer role, one thing to consider as movies and TV shows continue to incorporate more LGB characters is the deliberate and unintended stereotyping, or even throwaway nods to LGBTQ+ identities. In the case of some roles like Roger DeBris in film adaptations like the 2005 ones The producers, a role played by the late Gary Beach, a gay man himself, the countrywoman and satirical takes on stereotypes can be successful. However, when an LGB role that is based on stereotypes is played by a straight actor, it can often feel harmful or detrimental.

Related: Has Star Trek’s Sulu Always Been Gay? It is complicated

The obvious example of something like this would be James Corden in Prom. While the actor who originally portrayed Barry Glickman in the stage version (Brooks Ashmanskas) was openly gay, Corden is straight. In turn, the fact that Glickman’s role is characterized as overtly flamboyant and relies on stereotypical mannerisms (mannerisms sometimes pejoratively associated with queer people) decidedly makes Corden’s performance so universally hated, and feels tactless and offensive.

Overall, the issue of heterosexual actors playing LGB roles and characters is extremely complex. In many ways, basically, it’s beneficial to include or cast queer actors to play queer roles, especially when the film’s story explores the uniqueness of the LGB experience. However, with the proper sensibility, there is room for straight actors to play queer characters in TV shows and movies. When it comes to whether straight actors can play lesbian, gay, or bi/pan+ roles, it’s not a simple yes or no. Ultimately, what’s important is that the role is approached authentically and with the aim of providing an honest and reasonable portrayal. When that’s the case, it seems reasonable for straight actors to take on those roles.

Next: How Steven Universe Opened The Door To New LGBTQ+ Cartoons

Want more LGBTQ+ content? Check out our essential reads below…

Jack is a writer with an eclectic background in television and feature film development. He studied at New York University, earning a degree in film and television with a focus on writing and producing. His writing has been published in an academic essay collection (Mercer Street) and has also received awards in California and New York (Tony Hawkins Award for Radio Drama. DTASC, Honorable Mention). Her interests include movies, television, board games and spending as much time as possible with her cat, who is just awesome.

[Finally!] How to Officially Transfer Whatsapp from Android to iPhone in 2022