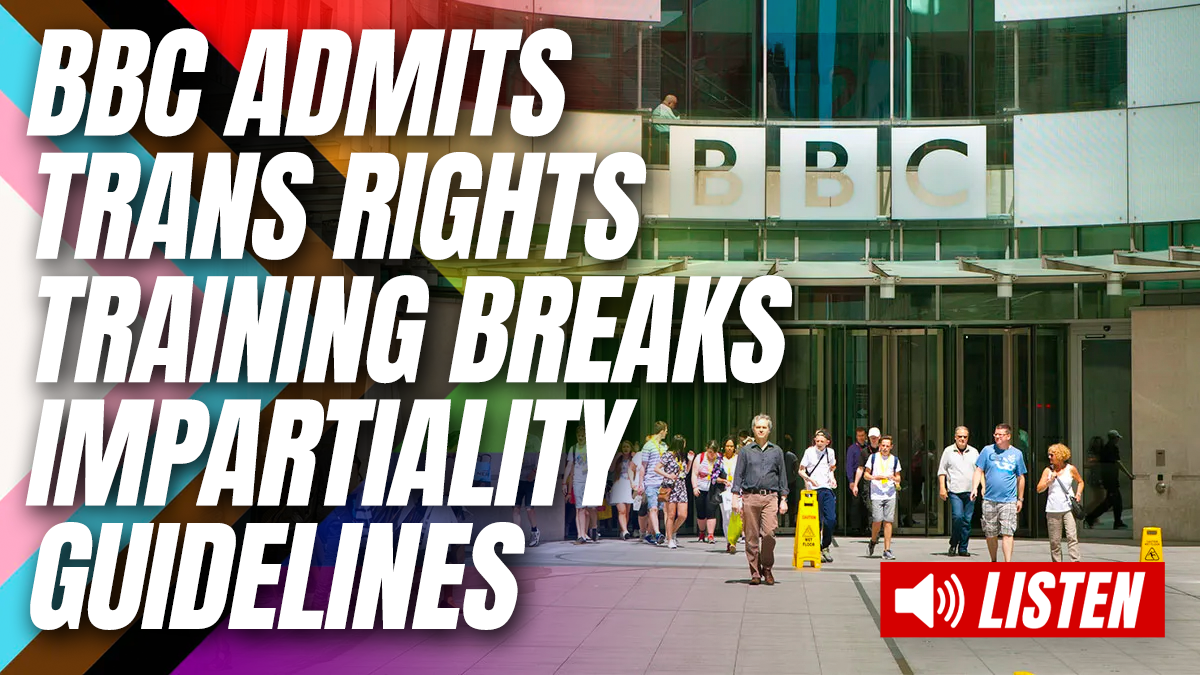 The Nolan Show discovered even more woke activism at the BBC: Trainee journalists learn to become trans and non-binary activists, and how to use “their magical allied powers to access influencers and sway politicians”. In other words, becoming political activists in direct breach of the BBC’s code of impartiality. Apparently, they learned absolutely nothing from the Stonewall fiasco…

One of the course journalists – provided by Global Butterflies – spoke on condition of anonymity, revealing how the “coachingwas actually:

“During this session, we were told a lot of different points about how allies could somehow use their influence to affect trans rights, and one of the slides was titled: with your magic powers of ‘be an ally. And it wasn’t until we went further down that slide that I realized it was talking about use your influence on politicians to bring about change, which was kind of the main point they were trying to get across.”

This vital information was transmitted after new staff were lectured on the importance of impartiality. How were they exactly “allies” responsible for becoming militants? By using “their privilege, whatever it may be, e.g. wealth, seniority, ethnicity, connections, social status, etc. people what is happening.

The source also claims that the BBC supervisor made no effort during the session to remind new staff of their duty of impartiality. The session continued uninterrupted…

It was only today, after being confronted with all of this, that the BBC took action… by removing a slide from the training session:

“This is a voluntary course and includes generic training material provided by a third party, but BBC editorial guidelines are sacrosanct, our staff know this and understand their responsibilities. The slide in question did not not previously included and will be removed for all future sessions.”

So future sessions like this are still happening. Guido would like to know why reporters need special training on this particular subject?