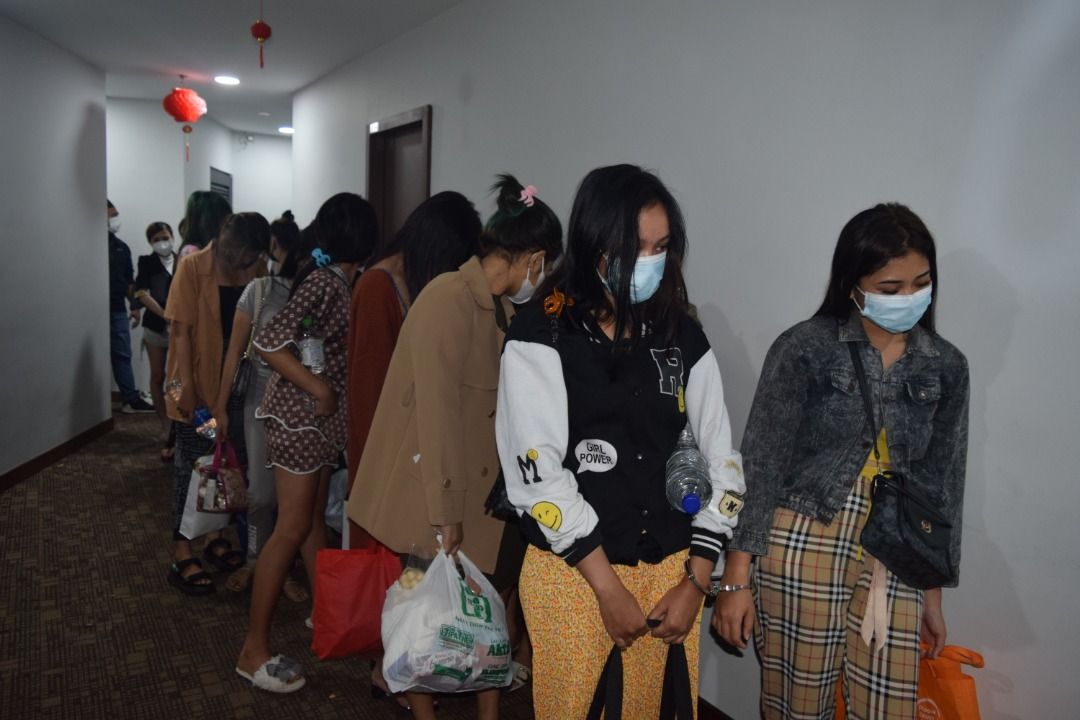 KUALA LUMPUR: A total of 27 people, including 25 foreigners suspected of being prostitutes, have been arrested following searches at a condominium and a hotel in Puchong.

The operation dubbed “Ops Gegar” was carried out by 21 immigration officers around 5 p.m. on Friday (August 26).

“We have also arrested two local men who were the guardians of the place,” he said in a statement on Tuesday August 30.

“One of the detained foreign women is suspected of being the ‘mummy’ or the one in charge of managing them.

“The 28-year-old woman was detained at the condominium,” he said.

“Clients interested in obtaining union services would communicate via WhatsApp.

“They will then receive a password to enter the premises,” he said.

Customers were charged RM240 to book each woman for sex, Khairul Dzaimee Daud.

“Those who are sick will be placed in the condominium under the care of the mummy. They will be confined there until they recover,” he said.

The condominium also served as a transit point for women arriving from Indonesia or Thailand before being sent to the hotel to work as prostitutes, he said.

“We believe the union has been operating for almost two years.

The department will strengthen security at the country’s borders and carry out stricter checks on the travel documents of arriving tourists, Khairul Dzaimee said.

“The detained persons were brought to the immigration office in Putrajaya for further investigation,” he said.