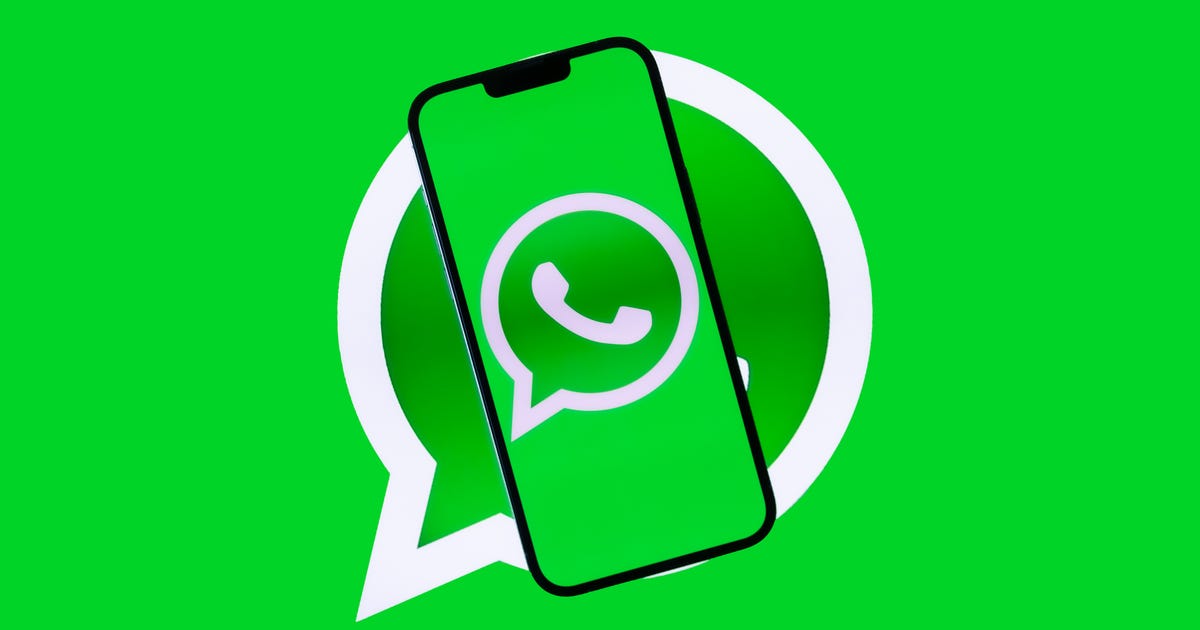 WhatsApp’s new feature makes it easier to access your texts from the web and desktop apps, even when your phone isn’t working. The result still preserves much of the encryption and security the app is known for, but also provides faster access to chats from almost any computer or tablet you choose to access it from. This feature of linked devices, previously in beta and rolling out to the public over the next few months, creates a cross-platform texting experience that reminds me of using iMessage on Mac and an iPhone – but without the requirement to be blocked only on Apple devices.

WhatsApp’s desktop apps aren’t new, to be clear. However, they previously required a constant connection to your phone to work. If your phone turned off or was temporarily lost, you could hardly access your texts at all. Other Meta-owned services like Messenger don’t have this limitation, but at the cost of your privacy not having end-to-end encryption enabled by default.

WhatsApp now lets you choose up to four devices besides your phone that can send and receive WhatsApp messages. You set up these devices by scanning a QR code generated on the WhatsApp website or desktop app with the WhatsApp app on your phone, and after that they are listed as “Linked Devices” in your account. From then on, that browser or desktop app will be able to access your WhatsApp texts whether your phone is present or not. In addition to this flexibility, I also found that WhatsApp would simply start up much faster on the devices I tested, including my work Mac, a Chromebook, and an iPad.

I wouldn’t call WhatsApp’s multi-device system perfect just yet, and other messaging apps like Signal and Telegram offer similar solutions, so let’s go over some more ins and outs for WhatsApp’s particular multi-device setup.

Works on almost all devices, but not nearly all features

The best part of WhatsApp’s new multi-device launch is the speed. As I explained before, I can switch between different devices on multiple operating systems and track group chats or quick text messages seamlessly. However, some features such as video and voice calls only work on Windows, macOS and WhatsApp mobile apps. The web version I use on my Chromebook and iPad doesn’t have access to these calling features.

WhatsApp also spells out other omissions that linked devices don’t yet support, including clearing or deleting chats from a linked device if you’re using WhatsApp on an iPhone and showing live location.

And while a linked device won’t need a connection to your phone, the new WhatsApp feature still requires a phone to get started. During setup, your phone will send a copy of your most recent message history to your device.

Linked devices also depend on your phone using WhatsApp to stay connected. If you don’t log into WhatsApp for 14 days from your phone, either because you lost the phone or maybe you only use WhatsApp very occasionally for specific contacts — all devices linked will be disconnected.

I also found that one could inadvertently fill up their paired device limit quickly. If you use the WhatsApp desktop app and WhatsApp for web on the same computer, WhatsApp will see it as two devices. If you clear your cache on your web browser and then log back into WhatsApp on that web browser, it will also appear as a new linked device. It’s easy enough to remove linked devices from your settings, but it’s worth it as some device management might go faster than expected.

Also, for now, smartwatches can’t be a paired device, and WhatsApp doesn’t offer an Apple Watch app either. I find it quite easy to use WhatsApp from an Apple Watch by replying to notifications, but you can’t start new messages with this method. I know of third-party Apple Watch apps in the App Store that unofficially integrate with WhatsApp, but I’d be wary of providing additional access to that.

Now can every SMS service copy this please?

As I mentioned before, the cross-device version of WhatsApp isn’t particularly new, but there’s plenty of room for other texting apps to improve their services in this cross-platform direction. Signal, whose encryption protocol WhatsApp uses, offers cross-device texting through apps on mobile, desktop, and iPad, but does not currently support a web version for platforms where it does not create application. Signal also doesn’t offer cloud backups of your texts, keeping your messages located on the devices themselves. Signal offers instructions on how to backup and restore messages, with a process that involves directly transferring your texts from phone to phone.

Android’s Messages app offers encryption for texts sent via RCS, and it has a web version – but that web version relies on syncing directly to a phone similar to how the previous version of WhatsApp works.

Apple’s iMessage works seamlessly on MacBooks, iPad tablets, Apple Watch and iPhone, including encrypted texts and partial encryption for backups. The flexibility to move between these devices has always been a strong point of its iMessage service. Still, it’s increasingly common for someone to use an iPhone but perhaps have a Windows PC that can’t access iMessage. Or a Chromebook. Or an Android tablet. I won’t go into an iMessage walled garden rant here, but when other rivals offer services that cater to customers on all platforms while maintaining encryption, it becomes more and more remarkable when you don’t. don’t.

Encryption in text messaging apps is particularly relevant after the European Union recently approved – but not yet adopted – the Digital Markets Actwhich is partly aimed at forcing leaders in the messaging space like Apple and Meta to enable interoperability. The rules are very new and aim to provide a more level playing field for new services. While well-intentioned, it also creates a situation where tech companies may need to work out how to enable this interoperability while maintaining their customers’ privacy.


Now Playing:
Look at this:

Why Signal is booming: Elon Musk